Oh, my gosh, it's St. Paddy's Day... or is it Patty's Day?  Since I don't want to offend anyone, maybe I should ask if it's St Patti's day.  For many, today is just the celebration of the fact that they will most likely wake with a hangover tomorrow.  There's a price for everything.  Me?  I've never been a huge celebrant of St. Patrick which is odd since I'm part Irish.  That's right.  On my mother's side.  I don't know when precisely Solly Granger came to America, but for some reason he settled in the tiny, Pennsylvania town of Pine Grove.  Oh, and according to my brother, Solly had bright ginger hair.  That's right, it runs in my family.  Ginger.  But I didn't get any. Don't believe me?  Here's an old, old pic I scanned just the slightest bit of because... well, I think that's obvious. 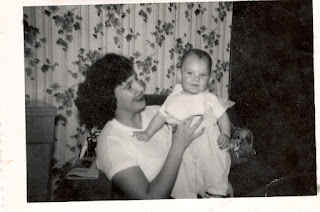 I get to go back to work today.  Can you feel my excitement?  Maybe it's the idea that I get to work 5 days in a row, have off one single day, and then get to work for another 5.  If you think I'm anything but hyper-stoked, you're correct.  I do have some vacation time coming up in about a month.
And here's a shocker... Loser #45 has, on Fox News, recommended that people get the vaccine.  "Even people who voted for me," he said.  That says quite a lot about his stupid base.
Oh, and how amazing is it that the Russkies were trying to get him re-elected.  He was their ace in the hole, the key to turning American into one of their satellite states.  I do believe most of us realized this.  Those that didn't were wearing tiny, red hats on their heads which squeezed the few brain cells they had into lump of lead.
Finally, Mitch McConnell's furious.  The Democrats might change the filibuster, not eliminate it, but adjust it... slightly.  He knows that without the filibuster, the Party of No is Nothing.