Yesterday was... busy.  I did several loads of laundry.  (Fun stuff!)

A new phone has been ordered for me.  My Pixel's been having battery issues.  At random times, it will turn itself off, and no matter how long it's been charging it never get's more than 50% charged.  Rebooting used to fix the problem for a while, but not anymore.  And, lucky for me, the phone is still under warranty.  So in a few days I should be getting the replacement.  That took up time yesterday morning.

Another thing taking up a bit of time was a 'chat' I had with Amazon Music.  I used to be able to buy new music from their App on my computer.  This is not longer possible.  That App is now just a library for purchased music.   To purchase music you need to go to Amazon or pay for a subscription to Amazon Unlimited.  While $8 isn't much if you listen to a lot of music, one of those who needs to hear the newest releases, for someone like me who only listens to music when I'm running, walking, or cycling, it's a waste of money. 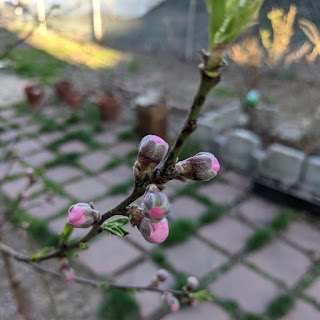 And what a Mitch McConnell wanting all Republican men to get vaccinated for Covid?  Has he no regard for Republican women?  Of course he doesn't.
Finally, I found this more then a little interesting.  Evidently church affiliation in the United States has dropped to below 50%.  You can bet this is making all those Cracker Jack Crazies shed bitter, burning tears.  According to projections, in 30 years there will be no singularly dominate religion in America.  Ouchy!  This is how evolution works, and yes, even religion evolves.  This will be a hard pill for many of the overly zealous to swallow... in fact, I dare say many may actually choke on this truth.  But this has always been the case with mythologies.  What will be the overriding belief system in the future?  I suspect something with a more philosophical lineage, where gods are not seen as actual beings, rather they will be a representation of belief patterns.  We shall see, won't we?