Today is the first day of Spring.  Don't that give you a warm fuzzy feeling?  The temps are supposed to top off in the upper 50's (F) this afternoon.  Tomorrow is forecast to be nice as well.  Monday and Tuesday the temps will reach up into the mid 60's (F), and I'm off those 2 days.  This means our garden department will be hopping.  Times goes faster when you busy, but busy also equates to more issues with orders.

Here's an odd customer story:  I sold a measure to a customer who's father works for the store way back when.  Back on January 7, after the riot is Washington, his father was sitting in the lunchroom complaining the whole thing had been staged by antifa, so I told him he was an Old Fool.  That's right.  I used those words.  And I repeated them.  He sat there whispering under his breath, "I'm not an old fool."  Well, his son put the carpet installation on hold until a month ago, and then he purchased through another specialist.  Now the son is saying the carpet is sticky.  Yep,  He's claiming the carpet sticks to his socks when he walks over it.  That's right, the Old Fool has a Young Fool son.  Sonny brought in a piece of the supposedly 'sticky' carpet, several people have walked on it in their stocking feet.  It's not sticky.  They're sending it to the manufacturer for testing.  My money says they find that it's not sticky.  We're speculating that the Young Fool is just as Cracker Jack Crazy as the Old Fool. 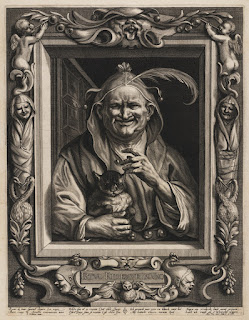 Speaking of fools, I read somewhere that foolish Marjorie from Georgia had her Twitter account shut down... by accident.  Personally, I wouldn't be surprised if it were a not so subtle warning for her to shut down her decisive foolishness.
Oh, and what about Mar a Lago being shut down because of a Covid outbreak.  Does anyone know if Loser #45 has returned from his legal problems in NY?  I wouldn't put it past that Old Fool to start another super spreader event just to get his name in the headlines.