My physical's today, the 5th day of my StayCation

That's right, today I'm going to find out what those 4 (or 5) vials of blood they drew from me two weeks ago reveal.  Meh.  On the way home, I'm planning on buying some new candles.
I took my first shower with Every Man Jack yesterday (hows that for a phrase?).  The Cedarwood scent is light, not highly perfumed, which is nice.  The last thing I want to smell like is a two bit whore preparing to flounce.
Seig had his physical yesterday... and he weighs in at 117.  As we left the examining room the assistant smiled and said "see you later, handsome," she was talking to Seig, of course.  We did not do the blood work for heartworm and he is on no regime.  According to the National Heartworm Assn, Central PA averages 1 - 6 reported cases per clinic per year.  Do you have any idea how low that is?  If the incidence level were higher, I'd put him on meds. 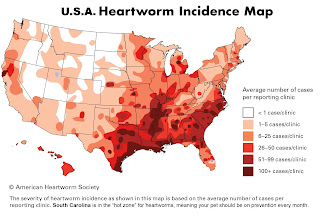 We also didn't do the fecal exam for parasites, nor the Lyme Disease vaccination.  Lyme Disease is different in dogs; 85% of infected dogs will never, ever show any symptoms.  If symptoms show up the standard treatment is the antibiotic doxycyline.  Besides, my dogs are on Frontline anti-flea and tick medication - no fleas and no ticks.
For those who missed it, Mueller testified yesterday.  I don't know what people were expecting.  He pretty much repeated just about everything he'd said in his report.  Did they think he'd suddenly start blabbing his mouth off?  There were some juicy tidbits but mostly it was meh.  The one moment I did enjoy was when he said the Idiot Jerk in the White House could be indicted after he leaves office.  Thank you Robert!  You've just given the Democrats a chant for their rallies!  Indict!  Indict!  Indict!
And finally, that bumble-brained idiot Boris Johnson is now the Prime Minister of the UK.  He's intelligent but he's not smart, if you get my drift. Like the Idiot Jerk in the White House, he has a problem with veracity.  He is high on panache and low on substance, making bold promises without totally understanding the steps which need to be taken to achieve the results he guarantees.  For all intents and purposes, I wouldn't be surprised if he happened to be one of the Idiot Jerk's bastards.