Aladdin... and other stuff

Today is Wednesday and it's my 'get to go back to work for pay day.'  I'm not excited at all. The idea of working for 5 days, having 1 day off and then working for another 5 days just isn't tickling my fancy.
I went to see "Aladdin" last night.  I had the same problem with the live version that I had with the animated version.  While the first 15 - 20 minutes are interesting, the fun doesn't start until the genie makes his appearance.  This is my way of saying Will Smith does a really good job, and he is really blue... most of the time.  In the animated film "Never had a Friend like Me" is entertaining, in the life action film it is a fully blown showstopper.  The film takes on a whole new dynamic once his lamp gets rubbed.  Also, hats off to Disney for using a cast which is of middle eastern decent.  Sadly, it seems as though only genies get to take their shirts off. 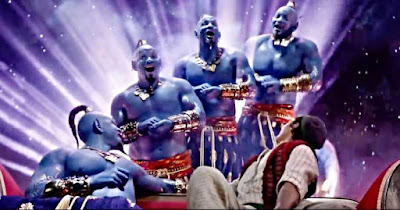 In case you missed it, the Idiot Jerk in the White House held his kick-off rally last night.  His campaign slogan is "Keep America Great" and he was surrounded by white people wearing MAGA hats.  I'd have posted a picture but I don't think my security software could handle all of that corrupt data.  The last thing I want is for an image of him to crash my expensive gaming PC.
After over a month, I've finally gotten back on my bike, yesterday for over 5 miles.  I've been riding the CBTT Concord.  That's actually the Charlie Baker Time Trial for Concord.  There are some nice little hills which give the legs a good stretch. 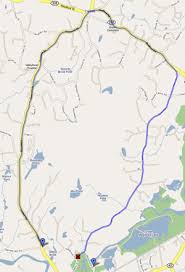 The only thing odd is that the ride was filmed (that's right, on my monitor it actually looks like I'm pedaling down the street) in the late fall or late winter since there are no leaves on the trees.  That must have been one cool ride.  Once I get this nailed, I might try the ride around Red Rocks Amphitheater just to see what that looks like.