Well here it is, Monday and I get to go back to work.  Now I know there are a lot of people out there for whom today is a holiday.  Not for me.  They're jumping around all skitty happy because they have a 3 day weekend.  That's nice, because while they will all we working on Friday... I'm off.  No work.
Anyway, my dining room ceiling is nearly complete.  Just one more coat of paint and the job will be finished.  I think it looks nice.  I am seriously debating on whether or not I should replace the ceiling fan since it's 30 years old.  I usually only the use the fan in either the spring or the fall, during those days when it's cool enough that I don't need the Central Air, and warm enough that I don't need to turn on the heat.  I will have to wait and see on that one.
Oh, and I saw this interesting article this AM on how Social Conservatives have been selling their souls to the Idiot Jerk in the White House.  I've been saying this for some time.  For them, it's not about faith or belief, rather their focus is mostly on dictating control.  The fact that their killing their religion doesn't even occur to them.  They don't understand that the Idiot Jerk in the White House gives them what they want because they praise him, they love him, and they bow their heads in his presence... well, I don't know for sure that they do that last one.  Hhhmmm, yeah, my money says they do.
Oh, and in case you didn't hear, Gates is going to plead guilty... and then drive a stake into Manafort, who probably puke up some sort of plea bargain to keep from going to jail... and losing all of his money.  The dominoes are beginning to fall.
Bloomberg pointed out how the Idiot Jerk was blaming everybody but Russia, in fact the Idiot Jerk shrieked a Tweet about how Russia was laughing their asses off... and they are... at him.  He is exactly what they wanted in the White House: a total fuck up. 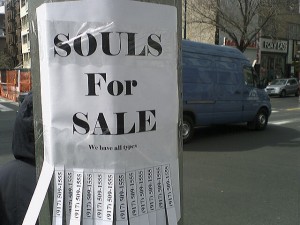 On a side note, Bob Casey Jr, PA Senator, asked that Mueller not do any indictments close to election day.  I can understand why.  Just imagine if Donny Jr. was indicted 3 weeks before the election.  All of those Social Conservative souls bursting in to flame at one time?  Talk about a conflagration.  You might not be able to get to the polls for months after that.
Posted by Dave R at 8:41 AM