Lily had a tick

I discovered it last night as it prepared to chow down on the skin between her shoulders.  Now, I know there are people out there who go into screaming Mimis at the sight of one l - not me.  All I did was reach for the Front Line.  Normally I don't dose my dogs through out the winter; we get cold here in Central PA which is not a good thing for ticks or fleas.  From now until October they'll be getting their monthly treatments.
And I guess, from what I've been reading, their are storm clouds looming over the Idiot in the White House...  Hell, when aren't they looming.  His first 100 days have been marred by a constant stream of stupidity, the likes of which, had they been committed by a Democratic President, would have stroked out 3/4 of the Republicans electorate. (Keep that in mind, next Democratic President).  Any way, I'm talking about the encroaching budgetary battles between the Republicans and the... Republicans,  I'm sure that every now and then a Democrat will flash a bit of leg and say "you want some of this?  It's gonna cost you buddy."  Let's be honest here, a Government Shutdown is just one more example of how Republicans just don't know how to govern. 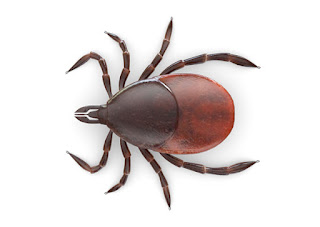 And I saw something that was supposed to be sad on Facebook regarding Aron Hernandez and his daughter, and how after all the jokes and snide remarks were said and done, she still lost her father.  I do feel sorry for her but in the end, when all is said and done, her father was a murderer who thought only of himself to the very end.
And finally, I haven't been to the gym at all during my vacation... I haven't lifted a weight, or took a 35 minute ride on my elliptical.   That's going to change on Sunday AM.  So, if you hear a loud wailing around 0530, it means I finally got back on the scale.