I wasn't scheduled today which is amusing since I'm not religious.  That means this is just another day off.  My sister is having me over for dinner, but for the most part today is going to be laundry and yard work.
One of my female associates was disappointed she was scheduled to work.  I'm not really impressed with her performance.  She actually said "with all the holidays we have, I thought the store would be closed."  I have no idea what she was talking about since we're open every holiday except Thanksgiving and Christmas.  In her early 30's, she has 3 kids, 2 from a previous marriage and one from a previous boyfriend, and she let herself get pregnant again because her current boyfriend told her he want the two of them to have a baby, at least that's what she's telling people.  She calls off a lot because of her "kids."  Once this baby is born, I suspect she'll go part-time... I mean, she's already getting support payments for 3 of them, is she really going to need a full time job?
I told Steve, another of my associates, that when he was off I'd run a $7000 carpet sale for him (our carpet can be expensive), and also mentioned that one of the "twins" had been in to change the color of the carpet his brother had ordered.  Steve asked "was their mother with him?"  When I said 'yes' he shook his head and said, "she's evidently the driving financial force behind their project, and from what the brothers say is incredibly difficult to deal with."  Says a lot, don't it. 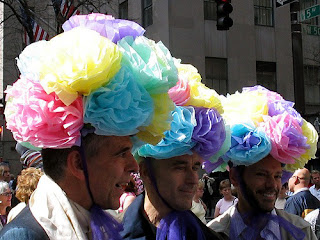 Oh, and I had to deal with a creepy old man yesterday, meaning he was in his mid-seventies and flirty; at one point he winked at me (I'm surprised you didn't all hear that my inward groan).  I said "that's nice," quite a few times and tried to pawn him off on the pregnant woman when I went to lunch.  Didn't work.  He waited, said he only wanted to work with me....  Ugh.
Well, I'm off to pull a load of laundry from the dryer, and throw another one into the washer.  Fun day.