Opinionated little me, here, with a little discourse about the missile strike last evening, or, I guess, early morning if you happened to be in Syria.  The Idiot in the White House muttered Crimes Against Humanity as a prelude and now there are a lot of people in America who are themselves are muttering, 'ah, he managed to do something right.'  I'm not part of that group.  You see, I'm waiting for the next chorus of "Weapons of Mass Destruction" because they've already started humming the tune.
Let's be honest here, 60 Tomahawk missiles are not going to teach Bashar al Assad anything.  To him, people are expendable, besides, he has more than one airfield.  I wouldn't be surprised if he hadn't called his friend Putin (that's right Vlad is on his side) and wondered why there were only 60, and why only one airfield.
And now the Russians are acting pissy, saying they're not going to be part of some very low level agreement on airspace incidents...  A little huff, and puff and a bit of smoke.
The Idiot's Trumplodite hoards are jumping around, waving their flags on Social Media and shrieking that this is something Obama would never have done, or that Hillary would ever have done, and they're not alone.  People with normally sane minds are viewing the footage of this missile attack and whispering 'yes' to themselves, even though nothing has changed. 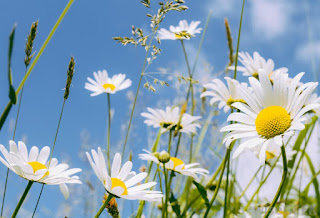 What people should be doing instead, is wondering if this means we're going to put 'Boots on the Ground.'  Weapons of Mass Destruction, remember?  Crimes against humanity?  To be perfectly honest, the really cynical side of me is shaking his head, believing the real purpose of this missile attack had more to do with politics than morality, that an improved approval rating was the main goal.  As I said earlier, 60 Tomahawk missiles are not going to dissuade Assad from doing anything.