Well, it's St. Patty's Day.  My friend Patty was actually born on this day XX years ago.  Is she going to drink any green beer to celebrate?  Probably not.
Remember the Russian woman to whom I sold carpet?  Evidently she's made allegations stating that the "installer" behaved inappropriately.   We suspect this is her attempt to get free carpet.  Interestingly enough, the "installer" called while on the job and complained that she was making him feel uncomfortable with her comments.  And she told me she was only there for a brief period because she had to leave for a doctor's appointment.  We are all getting bad vibes from her.  I suspect she might be a friend of Trump... well, maybe not, just a loser trying to get free carpet.
Anyway, I see the Idiot in Chief has now changed his story, and that he'd heard about the wiretapping on Fox News and read about it in the New York Times... and the GOP is not backing him up.  Of course the guy who wrote the article that set his orange hair ablaze in the first place claims the sources are impeachable.  Which means they're now saying the New York Times is reliable.  These guys need to get their shit in one sock.
And, of course, the Idiot's new budget wants to torch everything Conservatives hate... everything.  The stupid thing is never going to be passed.  DOA.  What surprised me about the cuts was how much Conservatives truly hate society.  They do.  They don't care about health care.  They don't care about things that hold America together, that make a America American.  They are a very two dimensional party, no depth what so ever.
Still, today is St. Patty's day.  And I made a corned beef brisket. 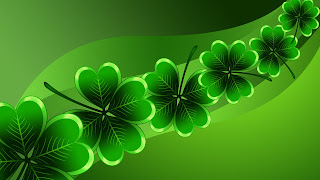 I like corned beef.  I make mine in a crock pot, no boiling here.  I don't like boiled meats,  I don't do a lot of spices either, just an onion and a dash of vinegar.  Oh, and I cut off most of the fat and feed it to the dogs.  They get to celebrate too!