And I ran, I ran so far away

... well, it wasn't really so far away, only .8 of a mile, and it was more of a jog than a run, and my legs actually survived.  They're a little achy now, but I suppose that's to be expected.  I learned a couple of things, too:  music is important, I decided to listen to the Fallout 4 soundtrack... it wasn't until about 13 minutes into it, when you start killing things, that there's enough percussion to set a pace which isn't good; Treadmill 9 is the one I prefer; the guy with the mustache looks good in a tan towel.
And isn't it nice to see that another ring has opened up in the Trumpalooza Circus, Mike Flynn wants immunity.  Remember when this guy was leading chants to "lock her up?"  This is worse than the heights of hypocrisy.  And you know the only reason the Idiot in the White House fired him was because one of his advisers told him to, which I find tremendously funny.  My feeling is that this Idiot is going to make Nixon look like a alter boy.  I wonder if Mikey realizes that if this were Russia he'd have been poisoned a long time ago by some rare radioactive isotope?  In fact, I wouldn't be surprised if he's not only asking for immunity, but for round the clock protection for himself and his family. 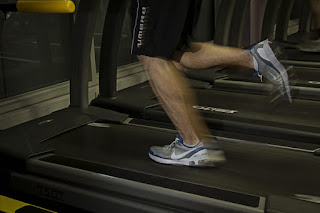 My brother is trying to get some people together for a white water rafting trip... in July.  I didn't tell him, but that in July you'll most likely be floating on tubes rather than shooting rapids.  We don't really have decent rapids in this state, so the intensity of the rapids is totally dependent upon the spring runoff, and, of course, this past winter we didn't have a lot of snow, except for one storm.  I told him I'd do a day trip.  He'd like to turn this into a three day extravaganza, ain't going to happen with me.