Let's look at some fails

Before I head off to work, I thought I list a few failures that are happening, both in politics and in the land of carpet specialty.
Probably the biggest Fail approaching rapidly is that of Trumpcare.  DOA.  Those Tea Party Conservatives, the ones the GOP spoon fed to get their votes, are never, ever going to vote for any sort of health care package.  Let's be honest hear, when it comes to spending money, Conservatives are cheaper than hell.
Then there's the coming Budget of the Idiot in Chief.  DOA.  For the reason listed above.
And how about the Russian Connections?  A doesn't go by when there isn't some new revelation, some new dirt.  I'm beginning to wonder if there wasn't single soul, just one individual, on the Trump Team who wasn't chatting with the Ruskies.  Nope.  Nada.  No one.  Holy Shit, it now seems as though they were involved with Guccifer himself. 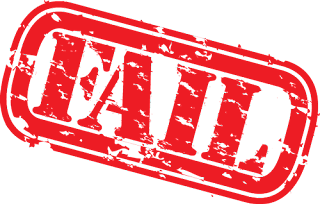 And speaking of Russians, I sold some carpet to a Russian woman who is going through a divorce.  She chose a really, really cheap carpet and really, really cheap padding because she's selling the house and wants to get as much as she can while at the same time spending as little as possible.  She called the Flooring Department last evening.  The installers didn't put new carpet in the upstairs hallway.  So, I pulled out her handy dandy plan and told her she had said she didn't want that area carpeted.  Evidently now it looks shitty.  She actually said to me, "well, you would think you would take care of people who make mistakes."  Well, we are going to take care of her.  We'll get that area carpeted... but she's going to have to pay extra because now the installer is going to have to make a 2nd trip.  Total fail going on there.  Oh, and I forgot to mention that 2 of the 3 times I've talked to her I'm pretty sure she was hitting the potato wine.
Anyway, I'm off to work.  Have fun!