Dan Stevens, Belle of the Ball

So, I went to see "Beauty and the Beast" last evening.  Over all I thought it was good, some of it being very, very good, while some of it being, well, simply okay.  Most of the 'okay' dealt mostly with the casting.  One of those whom I was expecting to find terribly miscast was Luke Evans as Gaston... and I'll admit he did a good job, except for his interactions with Belle, who seemed to find it easier to shrug off his advances rather than find affront with them.  Kevin Kline was fine, except, again, in his scenes with Belle: she too often seemed more the dutiful daughter rather than the loving daughter.  Dan Stevens was very good as the beast who softens and discovers that he has a heart. the transformation scene at the end, however, ripped the curtains off of this fantasy and reality set in.   Dan Stevens is prettier than Emma Watson.  In fact, her reaction to seeing him as a handsome human is... shall we say muted.  Where the audience should have gotten a "holy shit, this guy is beautiful" moment, Emma gave us a smile. 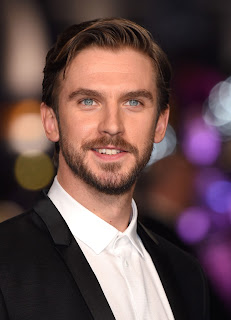 That's right, casting Emma Watson as Belle was a mistake.  Not that she doesn't have moments, but mostly it's those around her, with whom she's interacting, that have the moments.  When the beast takes Belle into his massive library, you're expecting an "Oh, My God" reaction... nope, not here, in fact she acts dumbstruck rather than awestruck.  Her singing is fine, but whereas the Beast discovers he has a heart, hers is, I suspect Emma was thinking more about the buckos going into her bank account rather than earn them by giving us a believable performance.
There were a couple of other minor issues I had, one with costuming.  I have no idea who made the decision to put Dan Stevens in baby blue at the end, but it was a mistake.  He comes across as too foppish.  And the gay scene all those Crazy Christian Moms were complaining about... which one?  There are a number of them, and they're not quietly hidden away.
So, there you are.  In the end the Beast wins his way into our hearts while the start of the movie seems to prefer playing her part as though she's a stand-in.  That's right, Dan is the Belle of this Ball.