The dollars and cents of Trump

Whether you see it or not, every executive order, or action, done by DT so far has to do with money, making money to be precise.  Take the Muslim "ban" which they say isn't a "ban" just a more intensive vetting process, which, of course, now they are saying might be made permanent.  The one country that should have been on that list but wasn't is Saudi Arabia.  Fifteen of the 19 terrorists who attacked the US on 9/11 were Saudis.  And nothing has really changed since 9/11 mostly, I suspect, because Mecca is in... Saudi Arabia.  And DT has investments there.  And more important, Saudi Arabia has a lot of real estate investments in the US.  That's dollars and cents DT understands.  The personal aspect of this ban that is not a ban?  He doesn't have clue.  Of course, if there is terrorist activity once again in the US and those terrorists come from Saudi Arabia, and country not included, DT is going to be shit's creek without a paddle, but that doesn't occur to him because there is no monetary value in that.
And his Supreme Court nomination?  Helped Holly Hobby win their lawsuit?  DT doesn't have an inkling about the religious ramifications, he's not religious.  Besides, relegion has nothing to do with dollars and cents, unless, of course it has to do with tax exemptions.  I suspect DT is all for tax exemptions. 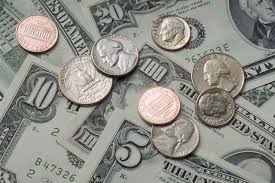 Even saying that Obama's executive orders on the LGBT community are related to dollars and cents.  We spend a lot of money... the business community knows this.  We help make their profits green.  This means DT is not going to do anything which will hinder the flow of dollars and cents.
No matter what decisions he makes, in the end they all boil down to money.  Nothing will change.  He will only get worse.