An Antisemitic Trump, oh, and my state tax refund

Way back, at the end of December, I filed my Federal and State Income Taxes as soon as I had all of the forms (I get refunds... always).  This year I'm getting a sizeable refund from PA.  Nice, huh?  This is because when International Paper paid off my pension fund they deducted a lot for State Income Tax.  Well, for those who don't know, PA is one of 2 states (the other I believe is NJ) that does not charge tax on pension benefits, so I'm getting a stately sized refund.
But not so fast!  Because the $ amount is so high, PA is requiring more information... like copies of my W2's and my 1099 R's.  I know this because I went in to check on where my refund was at in being processed.  If I hadn't, I'd be waiting for a letter which is not due to be mailed out until 3/1 (at the earliest.  I can, however, fax the information to the state, which will be done some time this AM. 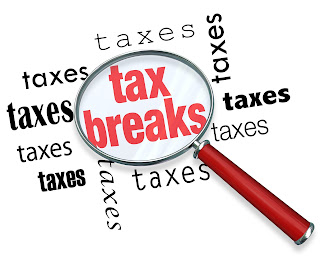 So, how long will it take before I get my big refund?  I have no idea.  Hopefully before June since I've been planning on using that to pay my Real Estate Taxes.
As for the Idiot in Chief?  He made a paltry statement yesterday about Antisemitism...  Some say it's too little, some say it's too late, it's probably both.  This is not so say that he is antisemitic, I just don't think he cares.  Nope, not at all.  As a CEO, if he'd heard that grave stones had been topped, I have no doubt all he would do is shrug since it would have had nothing to do with his business interests.  Now, as President, DT needs to show concern, compassion, those very attributes he divorced himself from years ago.  It's just one of the many things that make him such a phony.  This guy is human being stupid, and he's too damn old to change.  Things will get worse.