Well, it's a Brand New Day.  I start my new schedule.  One of the challenges is to get the dogs in to some sequence, feeding time, potty time, and sleeping time - it's always play time.
The brother of one of my Navy buddies is an over the top Trumplodite.  I mean big time.  My buddy posted something on Facebook about the Constitution and how great it was, and I added something about the Bill of Rights.  And his brother, whose name is Ron, went off using lots of CAPS and exclamation points saying how Congress and the President have been screwing up the country for the past 120 years.... which means, I think, that the last time anything was done right was back in 1896.  According to him DT is going to take us back to that time of perfection.   I kid you not.  It was pretty obvious that at sometime in his life he moved in with Supifying Jones... from Li'l Abner. 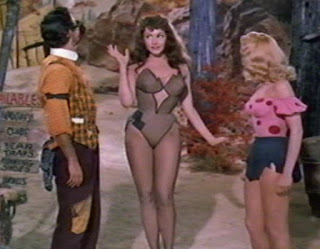 As if that wasn't enough, my Navy buddy then commented on a video link to Vet TV which showed people rioting after Ground Hog, they didn't like what the Ground Hog said.  And he was serious.  He said "it's sad, so sad, how some people will use any excuse to riot...."  yeah, you get the picture.  So I had to ask him if he was always so gullible.  Here are some of the shows on Vet Tv.  Of course, he's a conservative, and the idea of research to a conservative is... well, it's like them believing in evolution, neither exists.
Isn't life grand!