Dilemma of the band

This is my watch. 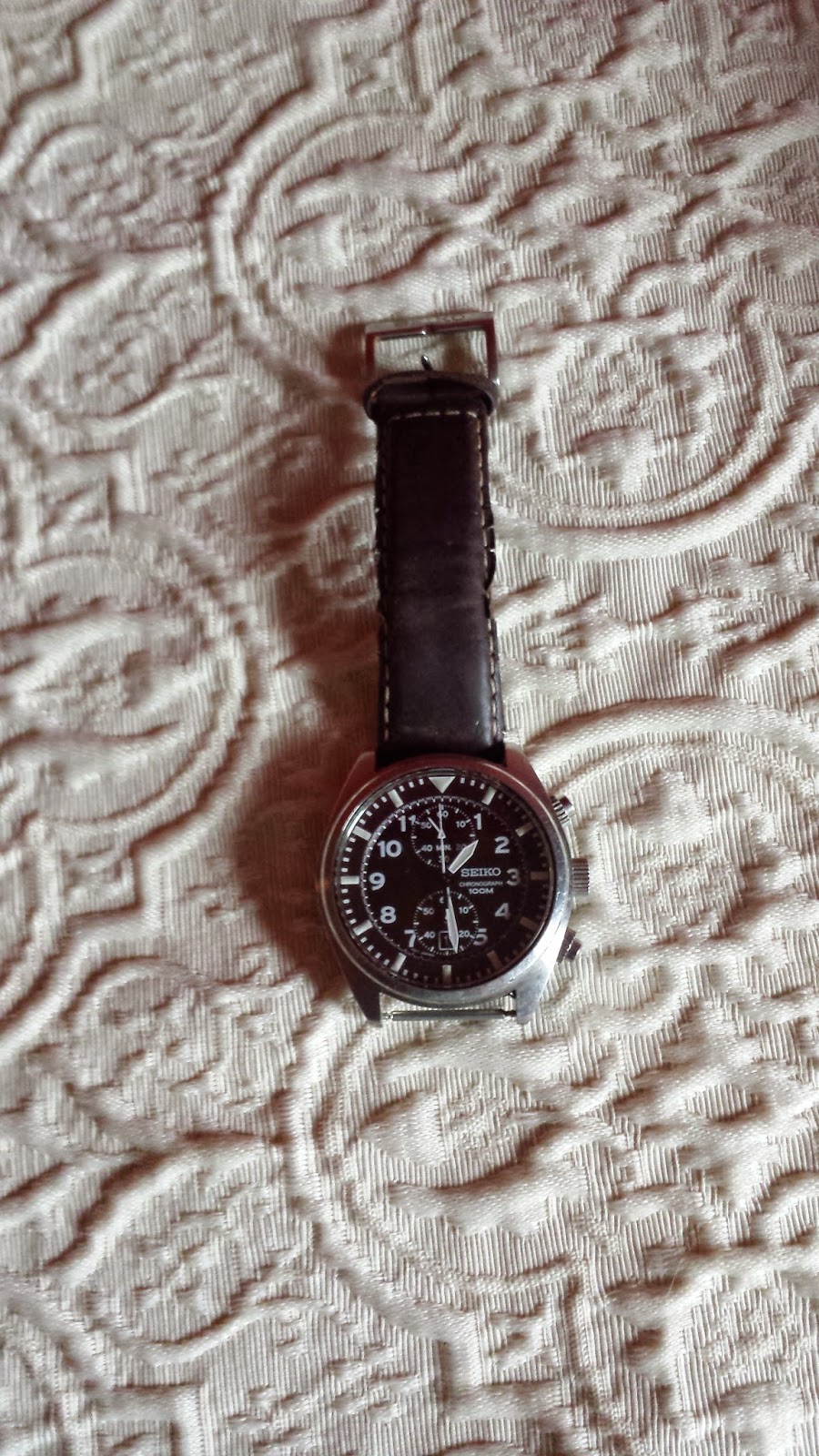 As you can see, there's a slight problem.  Yep, there's only half of a watch band.  The part that's missing?  Well, Lilly, the 60 lb Boxer thought it was a chew toy and, well, chewed it up.  Swallowed it she did... and... of course, threw it back up.  Dog's stomachs are not designed to digest leather.

Now I have a watch I can't wear and a bit of a dilemma.  Since I had today off, I thought I'd get my hair cut and run a few errands, one of which was to get a new watch band.  You can't imagine how surprised I was to discover they are a rare commodity these days.  No one carries them.  No, Littman's Jewelers carries watch bands, however their bands are all leather.  I don't want leather.  It's because the old band was leather that Lilly thought it was a chew toy.  I spent 2 hours going from store to store and getting told the same thing: "we don't carry them."

It's a sad thing, isn't it?  The fact that they want you to buy a new watch rather then fix the old?

I did check on line but it would cast me between $20 and $25 or more for a band that would hold up to my work environment.  So, I'm in a bit of dilemma since I don't really want to go out and buy a new watch.  This one works.  All I need is a band that a dog isn't going to find tasty.