Death of an iMac

That's right, my iMac is dying.  One of the pissers about this is that it's only 3 years and 10 months old.  That's rather a short life for a computer.  I spent 2 hours on the phone yesterday with an Apple tech and the conversation pretty much came to an end when he said "you have a serious hardware issue."
The first indicator that there was a problem was when a postage stamp sized page of script attached itself to the tip of the mouse pointer.  I could move the pointer but couldn't click on anything.  So, I called Apple Support.  Kevin was very helpful, however turning the computer on and off using several different combinations of keys failed to change anything.  I managed to access the Apple servers, but only after connecting the computer directly to the modem.  And... I got into Utilities... and the Maverick OS seemed to have disappeared.  That's when he told me a serious crash was taking place.  There was nothing on it that was irreplaceable, so I loaded the Yosemite.  And I still  had the little postage stamp of script hanging from the tip of the mouse pointer.  I thanked Kevin for his help and ended the phone call.  And it turned off the iMac and went downstairs to look for a new upstairs computer (I have a gaming laptop downstairs).  Before I went to bed I turned the iMac back on and, to my surprise, it worked.
This morning I woke up, turned on the iMac and started to reload my bookmarks and got this: 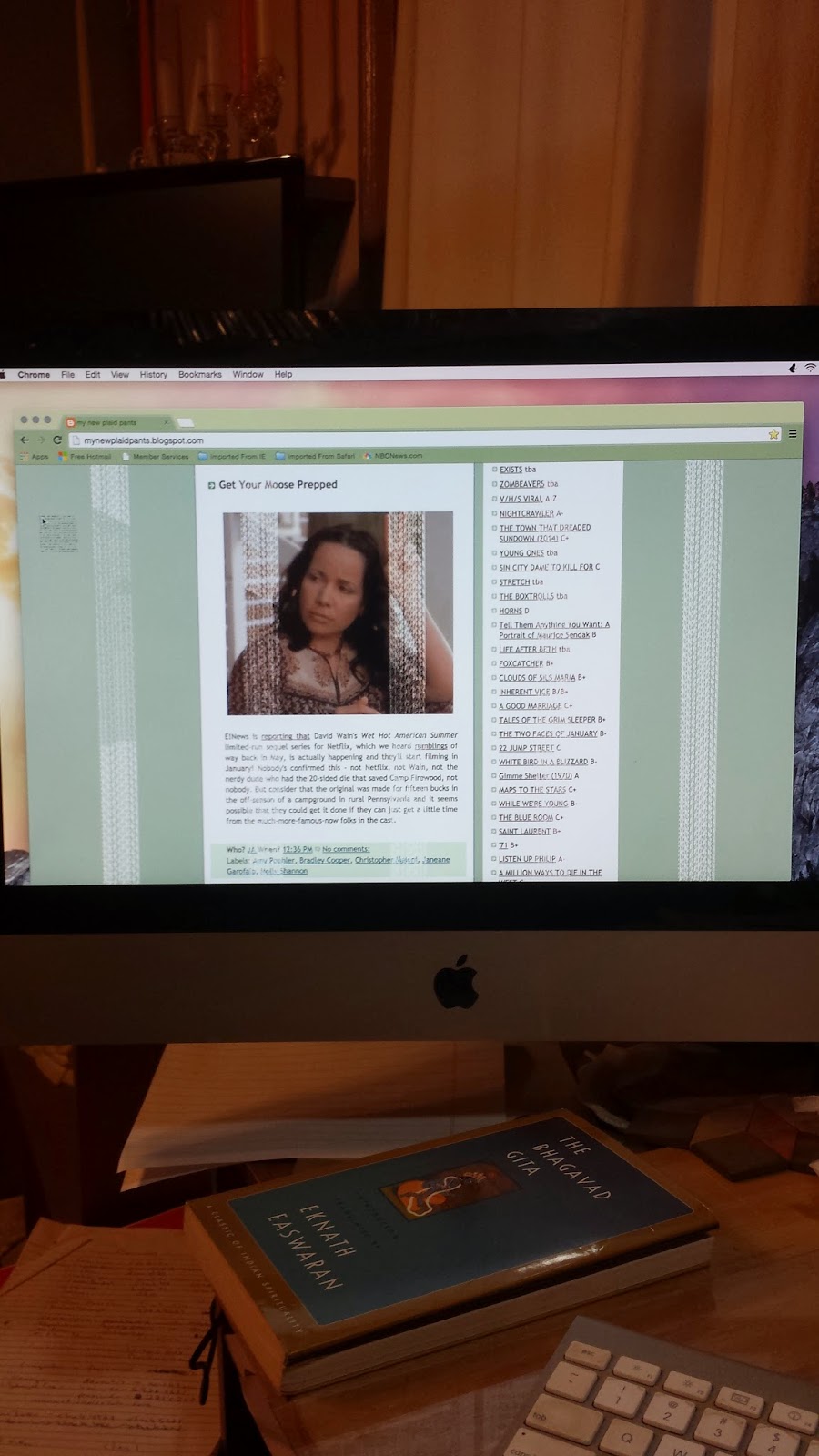 As you can see there are 5 stripes running down the screen, and in the upper left hand corner the mouse pointer with a postage stamp size page of script attached.  And, of course, nothing works.  Well, that's not exactly true.  If you turn it off for about 4 hours it works for a while.  The fan is working, so it's not that.  What ever is going on  is happening in the Hard Drive and it's not a good thing..  I did ask the Tech if he thought I'd been hacked and he said "no, your Hard Drive is going bad."
This was an expensive iMac, and as I said, it's not even 4 years old.  I expected more from Apple.  Were I an Applehead I suppose I would be grief stricken, as it is, I'm chalking it up to an expensive lesson learned.  I guess one bad Apple can ruin the bunch.
Posted by Dave R at 9:23 AM