There are a lot of people who believe Sony Entertainment should have released "The Interview."  Me?  I think they probably played it smart.  Except for some serious hacker groups, everybody seems to believe North Korea was behind the Sony hack.  I'm one of them.  The operative word is 'behind.'  This doesn't mean they, themselves, did it, much more probable it means they were the force behind the hackers.  In other words, they most likely paid more talented people to hack Sony.  This being said, one needs to understand they could also pay for violence.
Interestingly enough, the US has reached out to China.  Whether they want to admit to it or not, China is the parent of North Korea.  It was through Chinese aid that North Korea managed to remain communist.  That was, however, a long time ago.  Where as China has grown more mature in the ways of the world, North Korea has gone from a spoiled brat, through a juvenile delinquent stage, and ended up as a common criminal.  And China is still maintains parentage. 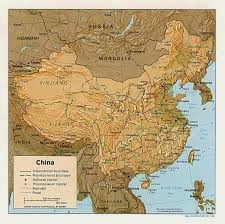 Geographically they are linked, but philosophically the distance has grown wide.  Every time North Korea pulls some stunt, the world looks at China in a negative way.  They are, whether they like it or not, the responsible party.  When their little satellite country jumps into a pile of shit, it's the Chinese who end up cleaning up the mess.  They may not do it publicly, but they are the ones in charge of the smack back.  North Korea is China's problem.  One of these days they are going to have to deal with it if they really want to achieve and great status in the world.