I was talking to my friend Betsy the other evening and, during the course of our conversation, I mentioned that I'd thrown out some books - old college textbooks, Psychology, Anthropology, that sort of stuff, things I'm never, ever going to read again.  There was a slight pause because she thinks every book has value and hence should be saved forever.  She's wrong, of course, but then she is hung up on the sentimental value.  I have read very few books with which I've connected on a personal level and none of them have been textbooks.  She also believes that the older a book is the more worth it has in the book market.  Age does not create value.  And it's not only books.  Anything that's been stashed away up in the attic for over 100 years is worth money, right?  Wrong.  This is one of the problems with things like the Antiques Roadshow.  Only a small few of the thousands and thousands of people who go to the Antiques Roadshow have anything of value. 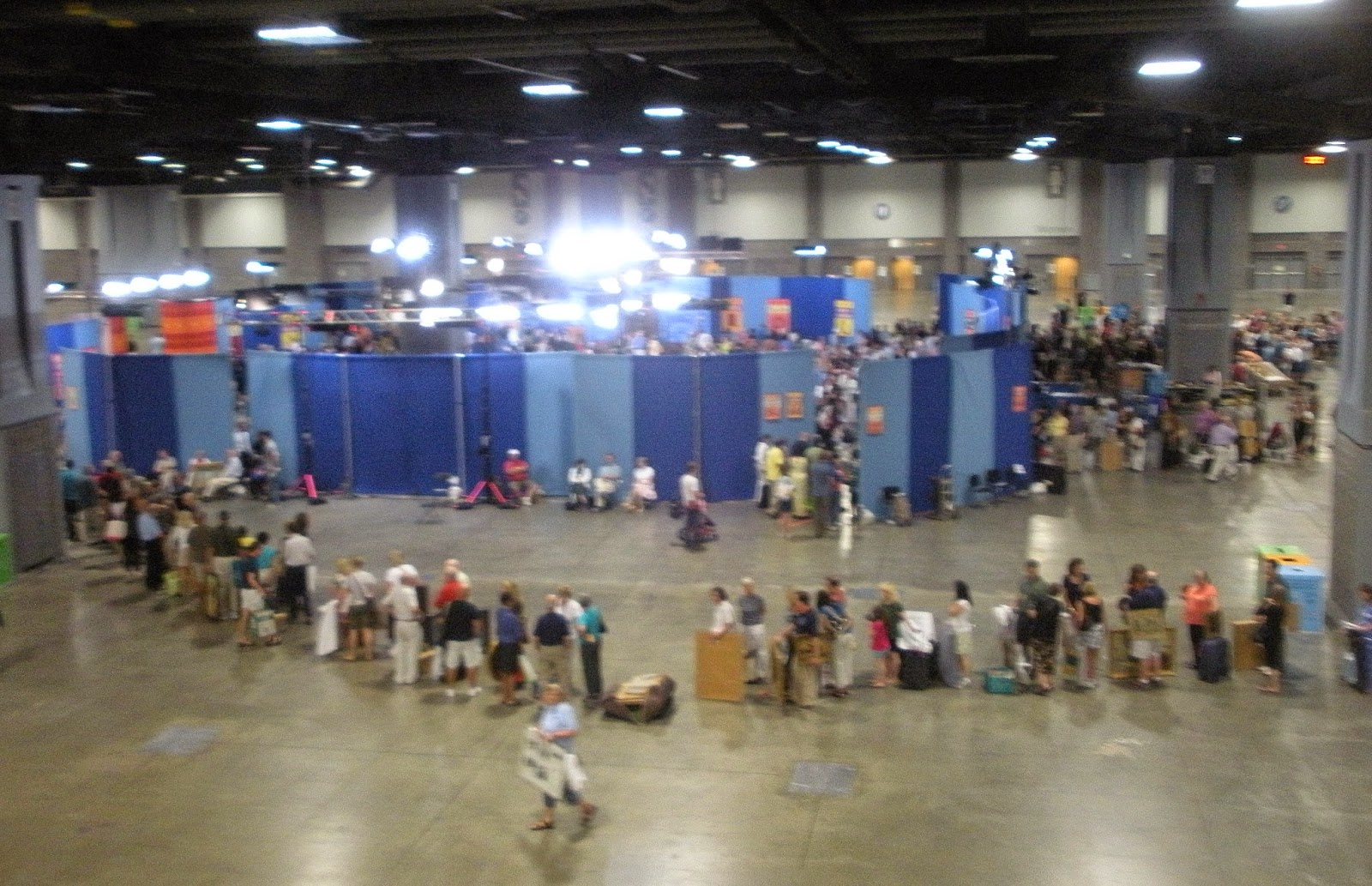 This show fails in that it only provides an appraised value.  I've seen the show maybe 6 or 7 times and I'm always surprised when something is appraised for a high dollar amount.  When this does happen, there is almost always a niche group of collectors identified:  someone who collects German Bibles bound in red leather, for example.   And these are just appraisals.  Another dealer might assign a lower value.  An appraised value does not guarantee a sale price at auction.  Just because something is appraised at $1000 doesn't mean it's going to sell for $1000.  It might sell for $1200, or might only sell for $300.  Still, this doesn't keep people from thinking their attics are filled with priceless treasures.   The truth is that a lot of old stuff is just old stuff, not an antique.  Books are just books.  A personal library has no value unless it's used.  Antiques Roadshow fails because it fails to recognize the value in sentiment.  Of course, it also shows that people will sell anything if they think they can get enough money for it.