Oh, gosh, it's Wednesday and I'm scheduled off.  I didn't set my alarm so I slept in, that's turning into a bad habit for me.

I have eggs cooking for egg salad, and later today I'm thinking of making potato salad, sans mustard.  For some reason unknown to me some believe a tad of mustard makes it Amish (pronounced ahh - mish, with the short 'a', not with a long A).  It doesn't.  Believe me.  I grew up in the heart of Pennsylvania Dutch Country.  No mustard.

Later this afternoon I have an appointment at the Verizon Store.  I live 15 minutes away and I know it's much fast to drive there and piss and moan, then wait 45 minutes for a Chat session to open, or an hour and a half on the phone listening to their hold music.  Why am I going to piss and moan?  My rates went up $13.15.  There was no change to any of my services, Verizon just thought it was time to charge me more because the the billions of $$$ they rake in every year will never be enough to satisfy their stockholders.  T-Mobile has wireless internet for $50 a month.  Their tower is 1/4 mile from where I live and my service is excellent.  I've checked the reviews and for what I use the Internet for, occasional streaming of movies, T-Mobile would work well for me. 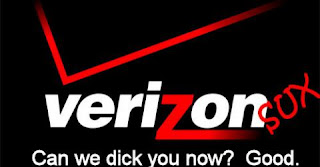 And what about Texas?  It's cold down in the Conservative Red state.  And Abbott, the governor, is blaming green energy, even though wind turbines and solar energy are responsible for only 16% of the energy on their power grid.  While other power grids are struggling with the Artic Blast, the Texas grid stands out because unlike other states which rely on power from multiple sources, including other smaller grids in other states, Texas stands alone.  They are a power grid unto themselves.  For years Texans have bragged about this, the fact that they rely on no one else.  I do not doubt for a second this is their punishment for voting Republican, for choosing to worship Trump over all other things.