Well, it's Saturday... The weather is supposed to be nice.  Today is not the first Saturday of the months so do not bring your children to the store for Children's Workshop.  Every Saturday people show up with their kids and we tell them that's it's only on the first Saturday of the month.  Tired of hearing the sound of little hammers only one hundred feet away, I've taken to requesting off on the first Saturday of every month.
More of my Dahlias are blooming, though from the same plant.  I have 5 other plants of different colors.  I'll post pics of them when they begin blooming.
Did you ever hear about the wolf in the sheep's clothing? 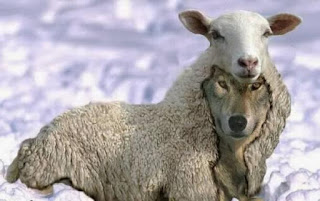 it's about people who masquerade as one thing when in reality they are something completely different.  We're dealing with that very issue right now.  I saw this article in The Hill. There was something similar in Towleroad.  I'm speaking about the Evangelical Sect of Christianity, those crazies who love the Idiot Jerk in the White House.  He loves them back because they lower their heads and bow to him.  He gives them the power they so desperately crave.  They are going to do everything they can to get that Moral Degenerate re-elected.  His approval rating is sitting around 40% and they make up a large chunk of that percentage.  They are a minority group who wish to dictate life for a majority of Americans.  For their votes, he will slice apart every style of life they hate and let them pass judgment on all.  Remember that war crazy eyed Michele Bachman ranted about?  They have just declared it... and they will do anything to win it.  We can not let that happen.  Ever.
I picked the last of my peaches from the tree.  They are tasty!  I didn't think I'd get any this year and ended up with 7.  My nectarine tree has about 20.  I'm pleased.