Oscar nominations came out this morning and it didn't take long until the 'snub' word started making the rounds.  In fact this word gets bandied about so frequently most people fail to realize it's one of the most primary definitions of "sour grapes."  No individual should get a nomination because they're female, or Black, or Hispanic, to do so would mean bowing down to the god of Political Correctness, and that's a fail.  The awards are about quality, not about getting a nominations because you're a minority.  Believe me, a liberal Hollywood is far more fair then a conservative Hollywood, and a vast majority of the Academy voters are liberal.  I can't even imagine what the nominations would be like if the Academy of Motion Picture Arts and Sciences were run by the GOP.
Anyway, if you want to see how the nominations stack up this should take you there.  Just be careful, be very, very careful, other wise you're going to be stuck watching a shitty Cadillac commercial.  When you get to the website only click on the 'nominee' button.  Should you want to watch a trailer for any of the nominated films be forewarned, you will have to watch a shitty Cadillac commercial before the trailer begins.
The Best Actor nominations are, I think, the most interesting simply because 3 of the actors are playing 'real life' people.  Historically, the Oscar has almost always gone to the actor or actress playing a 'real life' person, no matter how outstanding the other performances were. 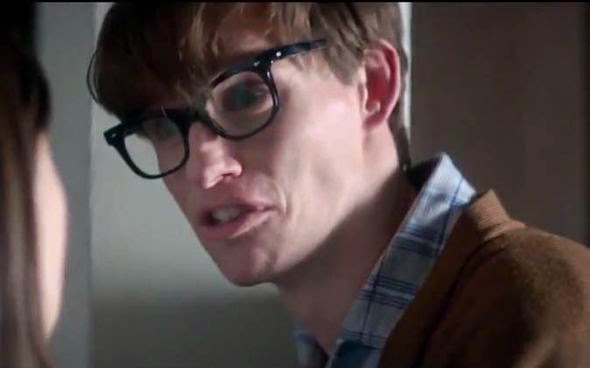 Steve Carrell's DuPont was too wacko crazy in a creepy sort of way.  Benedict Cumberbatch's was too sympathetic.  Eddie Redmayne's Stephen Hawking is a survivor, besides, Mr. Hawking is probably going to be in the audience on the night of the awards (won't that give the tear ducts a squeeze?).  So, I suspect it'll be Eddie walking home with the gold.