Spring has sprung in Central PA

I thought that for Earth Day I'd write a little something about the weather.  Working for a retailer whose business depends largely upon the weather I do tend to hear a lot of comments about... the weather.  If I had a nickle for every time I had to listen to a customer complain about how bad this past winter was I could buy a really nice bottle of wine.  I'd really like to tell them they need to sit down at their computer and research the weather history for Central Pennsylvania.  If they did, they'd discover that between 20 and 25 years ago things started getting a bit warmer.  Back then, this was your standard winter.  Instead, they seem to think that the winter before, the one of 2012, was normal.  They don't seem to understand that past winter was the warmest we have every had since they've been keeping records.  Days when the temperature rarely rose above the teens were, at one point, consider normal.  Winter always included snow and ice, that's why it's called winter not late autumn or early spring.  Because this was a BAD winter a lot of retailers, including the one I work for, ran out of silly little things... like salt and ice melt.  In fact, people were buying 'water softener' salt to clear away their ice, even though that type of salt is not good for concrete.  As a result, in a few years, when their sidewalks begin to crack, we'll be able to sell them Quikcrete. 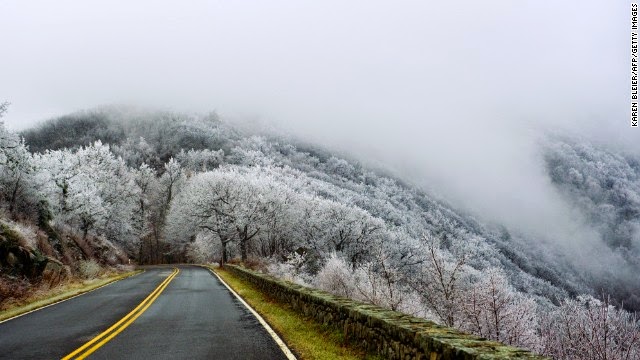 Now, a day doesn't go by when I don't hear someone complaining how spring is late this year.  They don't seem to understand the season is a transitional period.  It is at this time of the year when the Earth begins tilting on it's axis.  That's right, the Earth tilts back and forth.  In the winter the norther latitudes are actually closer to the Sun then they are in the summer....  This is Earth Day, remember?  If you are celebrating the planet you should understand the rotational process, how are orbit is actually elliptical.  Too many believe the definition of Spring is "warm and sunny days."  This is why we say 'April showers bring May flowers.'  We are transitioning between the cold, crisp days of Winter and the steaming hot days of Summer.

Of course a number of retailers don't like this.  They want Spring to turn on instantly, like turning on a light.  They want to be able sell vast quantities of mulch, and soil, and grass seed, and they want to do it now.  How well they do on Wall Street is a direct reflection of consumer's spending habits.  How foolish to have your profitability depend upon a transitional period which may actually keep people inside.  Today is Earth day and in Central Pennsylvania it is cool and rainy.  Since it's my day off I would have preferred the weather to be nice and sunny.  I do have yard work which needs to be done.   However we are passing from a cold season to a warm season which means we're not always going to get what we want from the weather.  Hey, it's Earth Day!  Ain't it great to be on a green planet in the Goldilocks zone?