US Chamber of Commerce - breeding stupidity

A number of news organizations are reporting a number of business organizations are now feeling very unhappy about the House of Representatives, especially those Tea Party members who staunchly refuse to budge.  This is funny, I mean really hilarious.  One article was on how the Koch brothers are truly displeased the way things are going.  I suppose that's because if the country does default they may end up losing a lot of money, much more then the 230 million plus which they invested in various ultra-conservative groups to get this very House of Representatives elected.  Ha ha.  From what I've been able to glean, the US Chamber of Commerce is truly pissed, to put it bluntly.  I am curious.  What did they believe was going to happen when they courted hard-line conservatives, when they gave money to groups fostering these extreme beliefs?  Didn't they understand what they were doing?  Of course not.  All they were interested in doing was putting individuals into public office who would pass legislation reducing business taxes.  They wanted to give business as close to a free ticket as possible, so the damned The Affordable Health Care Act to hell.  It's an expense, you see, and business should have as little expense as possible - they cut into profit. 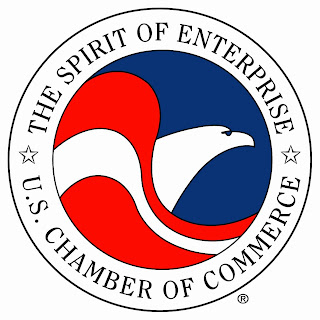 Now you hear reports how both parties are trying to move to a common area where both sides can save face.  I don't think that's true.  No matter what decision is reached, it's going to look bad for Republicans.  It's going to look bad for the US Chamber of Commerce because they meddled in politics out of self-interest.  Something like 71% of voting Americans are already blaming the GOP.  and the GOP?  They can thank the Koch brothers and other like minded individuals for putting them in this position.  Of course you have to remember, the GOP did run to these individuals and these organizations for help.  They said "give us money and get us elected and we'll give you what you want."  Now they're trying to deliver and no one wants to be home to receive the package.  No one ever told them greed always breeds stupidity.
Posted by Dave R at 8:45 AM