So outside we have an overcast Sunday morning.  Rain is on the way.  Possibly a lot.  The swath of moisture moving up from the south appears to be massive.  Though, we know from experience all of that green on the map may end up being nothing more shits and dribbles, a misty, drizzly blanket which makes this damp and uncomfortable.

My 6 hours at work yesterday was tolerable.  I got a sale, which one of my associates processed, and a hardwood flooring measure that I sold just before then end of my shift.  The store did serve hot dogs to the associates all day.  They're doing the same thing today.  There are those who snub their noses at hot dogs, not me, and there are also hot dog snobs, those people who believe the only topping should be mustard.  I worked with a woman like that, back during my Marriott days.  For her, any other topping, whether it be cheese, or onions, or relish, or sauerkraut, or ketchup, was a sacrilege.   At work, they have a cornucopia of toppings; even chili dogs can be the dog of the day.

Tomorrow the drywall patching of my ceiling should be complete.  I'm nearly ecstatic.  I can finally put things back where they belong.

I ordered an indoor vent kit for my dryer.  This is way less expensive then paying someone to lean a ladder up against the back of my house in order to cut a hole in the wall. 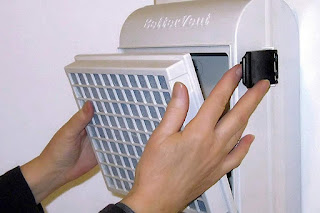 Early voting has started in the Georgia run-off.  Republicans hate this.  Their idea of a fair elections restrict the times and places Americans can vote.  They believe such limitations decrease Democratic turn out.  This has been proven wrong time and time again.  In their tiny minds long lines lead to Democrats choosing not to wait, deciding not to vote, and simply shrugging off the election.  Every election has proven that these beliefs are fallacies.  Democrats have no problem waiting in line to voice their opinion.  Republicans will never understand this, to do so would me that they are wrong, and how in hell could that be true.
And, of course, there's another vote that's being tracked besides the one in Georgia.  Who is going to be the Speaker of the House?  Kev McCarthy is so desperate to be in charge, he kissed Donald Trump's... well, let's just say his ring, keeping in mind there are many kinds of rings on the human body.  I'm betting that Kev is shitting in his pants right now.  But then he does represent the Republican party, so I'd say quite a number of them are privately saying "oh, shit."  And what happens if Kev doesn't become Speaker of the House?  Will Trump start swinging his sledge hammer?  Or, will he quietly vent on Truth Social?  I'm doubting that will never happen.