Mid-week, long weekend.  I started a 4 day stretch yesterday afternoon when I left work.  This is nice.  I have the same schedule next week.  A regular schedule is nice.  Being a morning person, I accomplish more before going to work than I do at the end of the work day, so the mid-week, long weekend will be nice.

One of my associates had one of "those" customers yesterday; a gentleman who had a quote and then left it expire.  As a result, the charge for disassembling a bed went from $75 per bed to $100 per bed.  He came in and began complaining that this increase had not been pointed out to him when he paid for the installation.  We had no problem adjusting that charge back, but what he really wanted was for us to adjust the charge off completely.  His arguments were small and insignificant and were never going to get him what he wanted, so he played his trump card.  He said "so, let's just cancel the 2nd floor installation completely, that way I won't have to worry about the charges."  So, we played our trump card, "sure you can cancel, but because your flooring has already shipped, there will be a $1000 restocking fee."  The customer was unhappy.  I have no problem with that.  We deal with people like him on a daily basis.

I have settled on which washer and dryer I'm going to purchase.  Whirlpool makes the best appliances, however their stackable washer and drying are too wide and too tall.  That left their competitors.  Samsung has the longest lifespan, but I can tell you from past experience if there's a warranty issue you will lose.  It looks like LG is going to get my business. 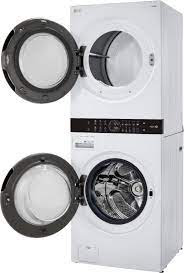 And, of course, there was a debate in Ohio last evening, JD Vance vs Tim Ryan.  I didn't watch, but kept seeing little blurbs come through on my news feeds.  In a smart move by Ryan, he brought up Trump's appearance in Ohio, zeroing in on Trumps comment that Vance "likes to kiss my ass."  Kiss my ass was brought up a number of times.  To be honest, back when Trump said that at Vance's rally, I was stunned.  He likes to kiss my ass.  Think about it.  The truth is Vance was truly kissing Trump's ass just to get him on that stage. Now, we know that all MAGAs want to kiss Trump's ass, but Independent voters?  Not so much.  Independent voters out number MAGAs/  I'm suspecting they don't really want an ass kisser representing Ohio in the Senate.