So, is this the weekend all of you have been working for?  Or is it going to be next weekend, or was it, sadly, last weekend?  For many Americans, the idea of the traditional work week is now dated.  I don't know anyone in retail who has a Monday thru Friday schedule, or the medical field, or the law enforcement field.  Not that there still isn't a group that is still entrenched in what used to be called the 'work week.'  Don't worry, your lives will change, too.

I'm going to begin working on my little patching project this morning.  I don't think it will take too long.  There may be some issues at the bottom, where I have to work around the PVC drain pipe.  The quote for the electrical work should be in my hands by Thursday.  That means I'll most likely pay for it Friday so I can schedule the work.  The plan right now is to run conduit up the outside of the house, rather than cut a number of holes in the walls so wire can be fished from the basement to the 2nd floor.

Evidently Dr. Oz, hereafter to be known simply as Ozzie, had a fund raiser at a museum in California; I guess donors in Pennsylvania aren't giving him enough to run his campaign.  Anyway, he gave his little beg speech standing in front of one of Hitler's cars.  His campaign said they hadn't thought it would be such a big deal for him to be begging in front of a Nazi car.  Can we talk about truly terrible subliminal messaging here?  You can't really see the swastika, so I guess that makes it okay. 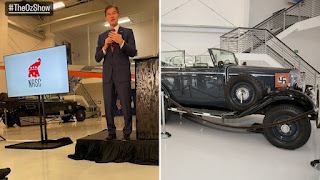 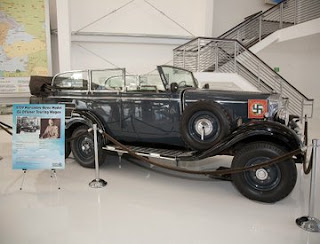 And Trumps blow bro Vlad got some bad news this morning.  The only supply bridge running from Russia to Crimea was almost completely destroyed.  One lane is left open.  This authoritarian dictator just can't get a break, can he?  His 3 day war is now almost 9 months old.  He's had to reinstate the draft, (very unpopular).  Allies in the government are beginning to question his flawed thinking.  And, again, he's threatening to possibly use nukes.  Of course, using a nuclear weapon would prove to the world that Putin is without a doubt the worst possible dictator in all of history; having to use the ultimate weapon of mass destruction in order to win a 3 day war shrieks of incompetence.  He would go down in the history books tied with Hitler as one of the most evil losers of all time.