The Creator of the Universe

It's difficult to believe today's Saturday already, the weekend is upon us... or, to be more precise, the weekend is upon some of you.  Not me.  I'm working, coming off of a 4 day break is which much was accomplished.  I don't have to be at the store until 1330, so I have the entire morning to do what I want which means either a walk or a ride.

That's right.  I powered up my Tacx yesterday, first time in a while.  As expected, there was an update to the software.  This morning I'll check and see if there's an update to the trainer, probably.  Garmin is fine tuning.

The weather outside is rainy.  The tornadoes that ripped through Kentucky are headed our way, though our forecast is only calling for high winds, with gusts over 50 mph.

I baked dinner rolls yesterday rather than bread.  I'm using this as an excuse for why I didn't walk 3 miles, though I was surprised to see that kneading dough also counts as steps taken; I hit 3000 steps halfway through the first knead. 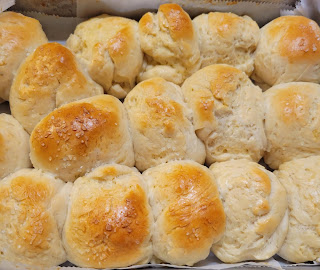 Wow, isn't it amazing how fast truth flies?  I first saw that bit about the 38 page Coup Plan in a Tweet on Tuesday.  Then Rolling Stone published a bit, and last night The Guardian had published a more in depth article, and today it's... everywhere.  I'll bet the Spawn of Satan, Donald Trump, is really lava angry.  Everybody is wondering who the 'select' group of Republican congressmen are who got to sit in on the presentation.  Son of a bitch, those names are pretty damn important.  I mean, can we talk about corruption?  And as for all of those damned Cracker Jack Crazy Christians who think God sent Trump?  You would think they'd question why the Being who created the entire Universe found it necessary to have a Power Point Presentation created so his followers would know how to steal an election.  Of course, maybe the Being who created the Universe had nothing to do with this...  Maybe their downfall is the result of their own deceitful selfishness.