Right Off The Boat

Friday here in Central Pa, just as it is where ever you might be... as long you're on this side of the International Date Line.  For all of you Aussies, and Indonesians, and everyone else on the other side, well... hello.

A number of my co-workers have become Delta Disciples, two of whom are now in the ICUs of 2 different hospitals, both having serious difficult breathing, both on oxygen, though I understand neither has so far been intubated.  Oh, and both are unvaxed Trump supporters, as if I needed to tell you that.  As John Gray says, "hey ho."

An older couple stopped in on Monday complaining about issues with their install.  Older and, as if I need to tell you, MAGAs.  A serious problem was discovered when they removed their old carpet, a large crack in the concrete pad of their family room.  That, however, was not the problem.  Nope.  Their problem was with the installers who just happened to be Asian.  "Right off the boat," the woman said several times.  "And all they did was scream and yell at each other."  At one point she said, "and I was worried you might send Mexicans, and what you sent were Chinese, and you could tell they were right off the boat."  I suppose you've already surmised what they were complaining about.  What this couple didn't know was that the installers were in constant communication with us, emailing a number of pictures of the crack, and documenting the treatment they were receiving. What did we do?  We refunded their installation charge and politely sent them packing.  They will have to find someone else to do their installation.

Just think, in a few days winter will be here! 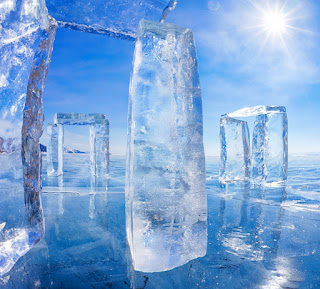 I saw that in the UK BoJo and his Conservatives have lost a seat they've held for at least 200 years.  This man has always been an ass and I do believe the country has finally had enough of his bullshit.  And speaking of asses, we have a number in this company.  Over here we call them Republicans.  The truth is their enemy.  Here's a little bit of truth.  The RNC is paying some of Loser #45's legal bills, over a million dollars worth of legal bills.  He's not only going to take them back to Hell with him, he's going to bleed them dry all they way down.