Well, it's Monday Morning and my oatmeal has just finished cooking in the microwave, not instant oatmeal, mind you, the real stuff.  Today's flavors are anise and honey, olden tastes.  Yummy.

This morning I get to go chat with the pain management person at UPMC, not that I'm in a lot of pain anymore.  Walking has helped realign my spine, at least that's what I'm thinking.  We won't know unless they do another MRI and I don't if that will be in the works or not.  Since I track my mileage with my Fenix 6 Pro, I can tell you that in the last 30 days I've walked over 41 miles.  Only recently have I begun walking daily, and two days ago I got on my bike for the first time in months.

This afternoon I'll be working on the aquarium again.  Big changes happening there.  I'm so glad the fish haven't been complaining about things being moved around.  I've reduced the lighting, adding in more reds and blues.  Some of the plants didn't survive, others seem to be thriving.  Algae is still a problem, even with frequent water changes so I'm thinking of purchasing a cellular shade for the window that hits the tank with direct sunlight.  There hasn't been a blind or shade in my house for decades, so this is still in the 'thinking' stage.

One of our garden associates is in the hospital because he 'can't breath.'  Big MAGA supporter whom I heard claiming several times that Covid is no worse than the flu because...  well, you don't need to be an Einstein to figure out why.

And what about that ice shelf in Antarctica possibly breaking off within 3 - 5 years?  Splish Splash.  This would raise water levels by 3 - 5 feet.  I work with a Conservative doodle brain who has no problem telling you that because we haven't been keeping climate records long enough, there's no way to tell if we're in climate change or not....  Oh, and in case you didn't know, he's a Republican. 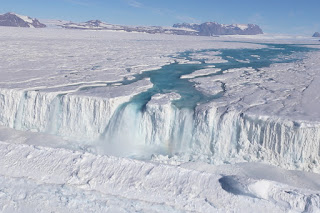 And don't you just love that January 6 Committee?  I do.  They released texts that Hannity, and Ingraham, and even Donny Jr, sent to the Spawn of Satan during the riot.  The wording was only slightly different in their messaging: that the rioters were going to "destroy everything we've built."  And why didn't Loser #45 do anything?  Because he was having too much fun.  He thought his coup was going to be a success and his Orange Anus was going to be made president for life.