And so today I reach the end of my 4 day work week as many of you begin yours.  Ain't life odd sometimes?  My lunch / dinner is cooking in a small crockpot: chicken, with olives, tomatoes and basil.  I threw in a handful of white grapes to give it a bit of pizazz.  And yes, if you're wondering, I cook my lunch everyday, and always with fresh vegetables.

Today the mercury is supposed to climb up to 94 (F).  I don't know if anyone says that anymore, but that used to be a rather common phrase.  There was a time when people used mercury in thermometers, even the ones in stuck beneath your tongue to take your temperature.  Once, when I wasn't feeling well at school, I bit one and broke it; the school nurse was not pleased and had me spit out the pieces.  Now, just sit back and imagine that, me, with mercury in my mouth and having to spit it out.  For those who don't know, mercury is poisonous.  And we used it in thermometers. 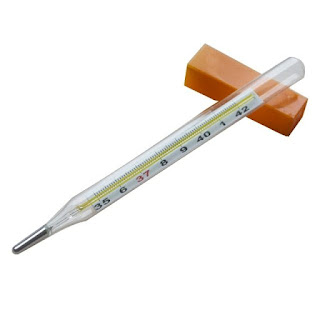 For those who don't know, the Tour de France in now racing it's way through France.  Interestingly, I learned about the big crash on Day 1 from people at work coming up to the Flooring Desk and asking if I had heard about it.  Two associates gathered around as I pulled up the videos on my PC.  Until I began talking about the race, and watching it, they wouldn't have given the Tour a wit of thought.  The crash everyone was talking about was caused by a fan, shoving a sign bearing the name of her town out into the peloton.  her stupidity raise the temps of  the Tour's racing officials and now they're going to sue her ass.  More power to them.
And a Republican committee in Michigan rebuked The Other Guy and his Big Lie.   That's right, they found no fraud, saying he lost fair and square, not that the truth is going to sit easy with his base, or that they'll even consider it.  Nope.  Their hatred is hot.  The truth is Republicans have always been rotten losers.  Always.  This is why 'voter fraud' has been their favorite whine for years.  It's easier for them to believe that then the fact that Americans really don't like either them, or their politcs.