So, I slept in because I stayed up to watch the last 4 episodes of The Stand, hence a post a little later than usual.  What did I think for this version?  If you're like me and read the original book oh, so many years ago, you can skip the last episode since that a new, more prolonged ending of an earlier revised ending.  It's totally unnecessary.  I did not like that the main characters had their stories told in flashback, many, many things were left out.  The idea of an extended miniseries is to pack in as much of the original story as possible.  Flashbacks weakened the dramatic threads binding the characters together.  The only character who ends up having any substance is Harold Lauder who appears in 7 of the 8 episodes which tell the story, his storyline is that important.  The rest are given short shrift and so there is no heartache at the end when some don't survive and that's a shame. 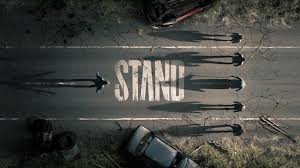 My new desk arrived yesterday, and will be assembled later this morning.  I'm also using my Instant Pot to make a turkey meatball soup.  Also, because the temps are supposed to get up into the mid 50's (F) a walk is planned for the dogs.  I do believe we are turning the corner and heading into spring.

Oh, and I saw where Mike Pence declined an invitation to speak at CPAC.  The Cult of Trump is continuing to tear apart the party.  Yeah!!

Now, it's time to cook some breakfast.