Yesterday was relaxing to a point.  Many chores were accomplished.  One was not.  I went tp CVS for my annual flu shot.  I called first to see if I needed an appointment.  While none was necessary, they recommended one.  So, I put my name on their calendar and showed up at 10 AM, waited for the pharmacist to finished with the customer she was working with, only to be told they had run out of vaccine the prior evening.  When I informed her there was nothing on the store's website indicating they were out she just stood there... looking stupid.  And then she looked at another pharmacist, who looked at another who said "we're getting more in today."  I have a sneaking suspicion that when I show up this morning they will tell me that they've 'run out' again.
I also got a new ID card for Planet Fitness, my last one broke off my key chain.  I'm actually getting excited about... they gym.
And this evening, I'm having Tacos for dinner, though I prefer a dollop of sour cream rather than shredded cheddar. 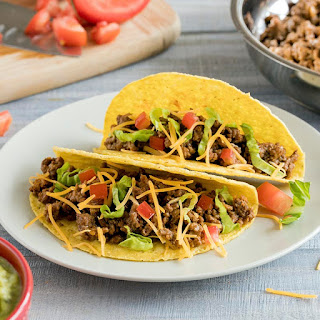 I tried to pre-order my Xbox Series X yesterday and the pre-orders were sold out... everywhere.  Amazon's going to send me an email when they will be ready to order.  Their release date is November 10, 2 days after my birthday.  That would be a nice present to myself.
I read an interesting opinion in the NYT about the special Hell of the Idiot Jerks ability to name a third seat on the Supreme Court.  I find it amusing that Republicans are hoping this is going to rev up their Conservative Base and get them out to vote.  It's even more amusing when the author talks about how they are the party of the minority.  The line about Biden might need to win by more than 5 million votes is almost naive.  Of course, Republicans have never been too smart when it comes to numbers.  They are the minority party.  As I've said before, the time has come to treat them as such.
And, finally, since people seem to be somewhat enamored of my voice, I recorded this last evening.  The clock belonged to my grandparents... it's very, very old, no doubt made back in the days of gunslingers.
Posted by Dave R at 6:57 AM

Email ThisBlogThis!Share to TwitterShare to FacebookShare to Pinterest
Labels: Flu vaccine, Planet Fitness, Republican, Tacos, The Body in the Well