Oh, my gosh!  Here it is Tuesday already and I get to go back to work.  Luckily for me it's only for 4 days.  I'm sure I'll be able to endure the torment for at least that long.
The elliptical is gone... well mostly.  While some parts are still sitting on my front porch, others have already been snapped up by the scavengers who drive through neighborhoods prior to garbage day.  You know who I'm talking about.  Those people who fill their pick-up trucks with our throw-a-ways; the ones who see value in the old particleboard dresser, or the steel deck and rollers of an old Sole 95 elliptical.  And believe me, it took me a hell of a lot longer to put the thing together than it did to take it apart.  Now I have space.  I'll even be able to touch up my trim lines. 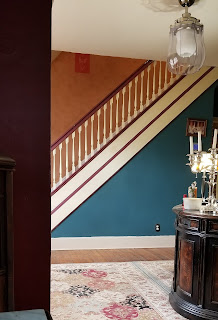 I went to see "Bad Boys for Life" last evening.  It was very entertaining.  The weak spot was... Will Smith who evidently the film was a star vehicle for his resume.  Martin Lawrence was much more entertaining.  The story was so... so.  I kept waiting for them to put the simple facts together to get a resolution.  Unfortunately that mystery had a lot to do with a reveal and so the story line dragged.  Except for a night club sequence which I thought was so 'been there, done that' ho-hum, the action kept you from thinking.  That's okay in a film like this.  It's designed to make money, not win awards.  I do have to mention Jacob Scipio, the villain.  Let me tell, this guy has no problem doing the twist. 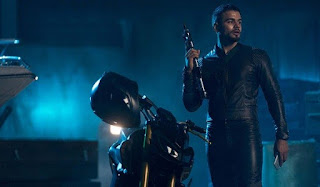 And, of course, there is the Republican Circus they're trying to call an Impeachment Trial.  Vast numbers of Americans want to hear from John Bolton, a hard ass Conservative whose revelations are rattling the very foundations of the Republican Party.  They turned out in droves in 2016 to elect a Moral Degenerate and now the ugly truth is being revealed.  The Idiot Jerk's defense team has been left flat-footed because they they all looked crooked as hell.  There are rumors that when (and right now the 'when' is more likely than the 'if) Bolton testifies, they're going to shriek Executive Privilege.  The instant they do that, the Republican Party vacates their bowels all over their dinner plate.  Oops.  I only wonder how much damage Moscow Mitch will let happen before he squeezes his two minuscule cojones together and tells the Idiot Jerk that for the good of the party, he needs to resign.