Well... originally they were forecasting 4 - 8 inches of snow for Saturday... now I'm hearing 1 - 3 inches... with rain.  Temperature wise, next week is supposed to be colder.  I'm off Tuesday and the thermometer is supposed to rocket up to 31 (F).
I see where Stephen King (the author) has ruffled some feathers.  He said something about his voting practices when it comes to the Oscars, he votes for quality over diversity.  There are those who feel diversity needs to overrule quality, which the same as saying inferiority needs to be given the same recognition as superiority, like in those schools where teachers give failing students little awards to make sure they don't feel bad.  2019 was not a great year for racially diverse films.  Jordan Peel's "Us" made a lot of money at first.  Critics raved... at first.  But then he had to release a number of statements explaining not only the movie, but the ending.  I asked a friend who had seen it what it was about.  His response.  "Everybody in the world has a bad doppelganger who kills people."  And I asked "everybody?" and he said "yeah."  Now, I know there are a lot of you out there who believe every Republican is a bad doppelganger... well, they're not, they're just bad.  2019 was a bad year for diverse films and 2020 isn't getting off to a good start either.  "Jumanji" made a lot of money, but if it gets an Oscar nomination it will be for special effects.  "Bad Boys for Life" starts next week.  Even though it's going to make a lot of money, neither Will Smith nor Martin Lawrence will be nominated for their performances.  It might get nominations for sound and sound editing, but that's it.  Entertainment is great, it is not a synonym for quality. 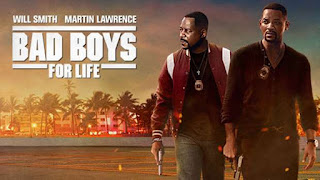 And speaking of quality, the House delivered the Articles of Impeachment to the Senate yesterday. Moscow Mitch looked a bit droopy in the jowls.  There are those in his party who desperately want to call Hunter Biden as a witness.  Moscow Mitch may be corrupt as hell, but he's not stupid.  He knows calling Biden would be the same as diving headfirst into a twenty foot deep cow pat.  He also knows having Biden testify without putting Bolton on the stand will lead to the same shitty plunge.  And then there's the possibility the Idiot Jerk might try and use Executive Privilege to stymie some witnesses.  Most of their base is going to stay with them, to do otherwise is to admit their ugliness.  Don't expect any quality from them, though the entertainment value might be rather high.