For those who don't know, Roy Moore has filed a lawsuit in an attempt to disqualify the Alabama election... it's not going anywhere.  Doug Jones is going to be named the winner.  He doesn't understand that Divine Judgment was against him.  Not being a devout person, I would rather believe that Roy Moore's Karma stinks.  He has spent years telling himself that his beliefs make him special, and that being special makes him an authority who's allowed to pass Judgment.  He's actually the poster child for Social Conservative failure.  The longer he lives in his denial, the more damage he does - which is fine with me.
According to Bloomberg, the $ is on the decline.  This does not portend well for our future economy since stocks are valued on the $ not gold, as they used to be.  If the $ drops than those expensive stocks such as Home Depot are not actually worth the cost per share, but in reality much less.  This is not going to keep people from investing, their problem being they just can't make the correlation between cost and value.  I wouldn't be surprised if... oh, say by February, the unemployment rate goes up.  You see investors want to a good value for their investment and the best way for companies to add worth is to cut spending... as in payroll.  And that cost runs hand in hand with productivity.  For example, if a company sells condoms, and three people run the machine that makes the condoms and they turn out 30,000 condoms a day.  If that company starts selling 32,000 condoms a day, they're not going to hire another person just to make 2000 more condoms, those 3 people are going to have to increase their productivity to meet the demand.  This creates more value for those who own shares in this condom maker by not increasing payroll expense.  Of course Republicans don't understand this at all which is why they pretty much rubber stamped their legislation.
This is true.  The large corporation I work for is beginning a similar process where certain lower managers will need to manage 2 sometimes 3 departments rather than just one.  Ooops, don't tell the Republicans their Tax Overhaul and Job Creation Act is not actually going to create new jobs. 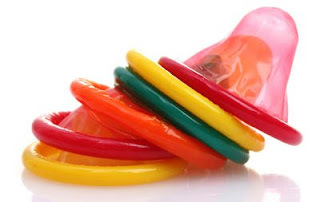 Of course, this will make their stock more valuable since their revenue will go up as their payroll expense declines.