Where as Captain Edward John Smith tried to avoid sailing the RMS Titanic into an iceberg,  Donald Trump seems to be aiming directly towards as many as he can, playing tag with them in the freezing water of politics.  Because the GOP has spent decades fermenting this hatred of anything and anyone who doesn't bow down to them, they seem to have ceded the Captainship of their party to this lunatic, and he is steering them towards icebergs.  This was apparent yesterday when that horse's ass made personal, derogatory comments about Hilary Clinton.  And, while his Trumplodites are cheering themselves into a frenzy, a majority of American women are asking "what the hell is up with this asshole?"
In fact, more and more, he seems to be making the American voters cringe... except for his Trumplodites, because the Republican party has groomed them for this embarrassing political behavior.  Actually, embarrassment is what half of registered American voters feel about Donald Trump.  That's not the way you win elections, it's the way you lose by a landslide.  This is how you sink a political party. 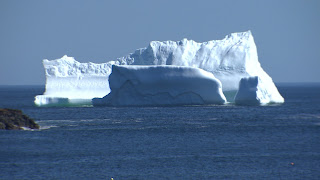 The fact that the Republican base, many of whom are Trumplodites, is out of control is their own fault.  Instead of offering positive politics, and positive solutions, all they've done is foster hate:  Benghazi, Benghazi, Benghazi... They failed to realize that at this point in time no one really gives a shit.  They thought they were heading into warmer waters and all they were really doing was heading straight into an iceberg field.  And Donald Trump now seems to be at the wheel, and while the lookouts are shouting warnings his ego is smiling as he orders "full speed ahead."