From FIOS to the Trumplodite ascension

Ah, FIOS, some of know you too well.  Me, for instance.  My 82 year old mother recently moved into a Senior Living facility.  So far everything is going well except for her one dismay, she now needs to watch Comcast rather then FIOS.  She hates Comcast because they don't broadcast the same religious channels as FIOS.  She'll learn to live with it.  Anyway, it's my job to return the two set top boxes and her router.  When I cancelled her service I was told I could return everything to an authorized Verizon / FIOS dealer.  So I toted everything across the river only to be told "we don't do that anymore, you need to take them to a UPS Store."  So, on my way to the gym yesterday, I stopped off at the UPS Store and was told "our contract with FIOS expired at the end of October."  So, when I got home, I called Verizon and was promptly told "Oh, you were given wrong information.  There are only 2 authorized dealers who can do returns in Pennsylvania, one is in Pittsburgh (4 hours away) and the other is in Philly (2 hours away).  They're mailing me boxes, and mailing labels, so I can drop off my Mom's equipment at my nearest post office.  Now, isn't that nice?

And then I saw this article in the Washington Post which I found to be on the humorous side since it was coming from a fairly conservative news source.  There is evidently some serious concern that Trump might actually get the Republican nomination, the thought of which, I'm sure, is sending all of his Trumplodites into hands free orgasms.  For many, I suspect his ascension in this political arena is the next best thing to the Rapture.  For me, well, found the comparison to both Barry Goldwater and the wonder Wendell Willkie almost heartwarming. 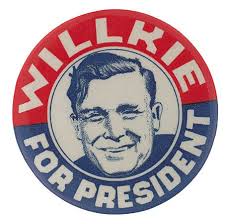 And what really has their concerns all riled up is the fact that a Trump nomination would severely damage their tenuous hold on the Senate.  Oh, woe is me, those poor Republicans.  One can only speculate what might happen to the GOP should the Democrats win stunningly,.. implosion has a nice ring to it, don't you agree?