One Million Moms stupefied the GOP

I'm sure a number of your have seen this article noting that about one third of registered Republicans would love to bomb Agrabah, the fictional city in Aladdin.  If you read it you'll see that around 51% are undecided, you know?  Should we bomb it or shouldn't we?  No one should really be surprised about this since socially conservative Republicans hate Disney.  Their films are too diverse.  Can you believe it?  Big Hero Six had an Asian / American lead!  With a co-star who was a big, marshmallow thing! 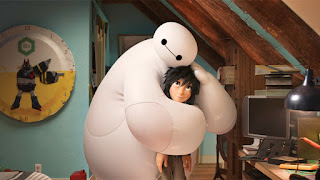 One of the most vocal socially conservative, Republican groups is One Million Moms, who's numbers don't really number one million, and who aren't all really moms.  A lot of them are just haters, which is why in 2010 they were designated a "hate group."  And, believe it or not, this small group of haters has apparently declared war on Disney.  To say that they are crazier then a box of Cracker Jacks is an understatement.  They hate everything Disney.
And, the Republican party kowtows to hate groups like this since they believe these minority voters are their future.  Right. With this mentality I'm sure very few Republican parents took their children to see Aladdin, since the real star was a big, blue genie voiced by that liberal Robin Williams. 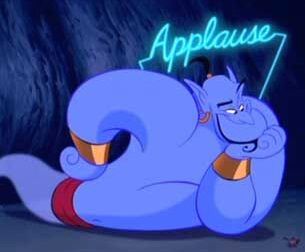 As a result, many Republicans believe the fictional Agrabah is a real place, filled with real Muslims they are born to hate, and that small group of haters who desperately wish their numbers counted to a million, have stupefied the Republican Party.