For those of you who didn't see the news flash, Bristol Palin dropped her second 'cow' (child outta wedlock) just before Christmas, and while mamma Palin wishes people would be sayin' "holy cow," most of America is saying "look, another cracker."
Anyway, I thought I'd write about children in politics since Ted Cruz made some tiny headlines complaining about a cartoon drawn by a cartoonist who publishes with the conservative Washington Post.  His two daughters were depicted as trained monkeys and, of course, he started shrieking about the liberal media since that's red meat to conservative Republicans.  First of all, the cartoonist got it wrong, they're not trained monkeys, they're more like little animatronic robots silently waving at the the crowd.  Secondly, Cruz immediately prostituted the image by asking for $1 million dollars to fight the "liberal Media," but then that's how he works.  Thirdly, while many, many politicians parade their kids on stage, I can't remember a single one of them capable of doing tricks.  You would have thought that when Palin pushed all of her brood out they might have been able to do at least one barrel roll.  Nope, they all just stood there and waved.  Even Chelsea Clinton stood there and waved.  And, of course, I've never been to a Cruz rally so maybe his little girls do tricks to please the crowd, maybe a somersault or two, but I doubt it.
In fact, the only time I can ever remember giving a candidate's kids a second glance was when Romeny's boys walked out on stage. 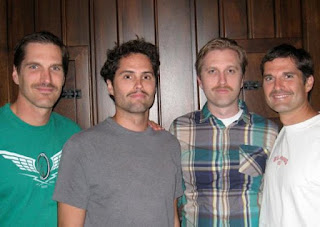