The GOP and Divine Wrath

I've been thinking about Ben Carson and his inability to get the record straight.  I say this because under scrutiny a lot of his personal history, the stuff he uses to manipulate people, seems to have been padded.  Now he is saying all that jazz about being offered a scholarship to West Point was really a problem with semantics.  Dropping the "semantics" word bomb is a clear indicator that a lie has been told, and this is Ben's way of tap dancing around the truth.  However, because he's a Krazy Kristian a number of other Krazy Kristians believe he's the real thing... how quickly they forget.
Remember George W?  He was also a Krazy Kristian.  He's the one who said to Bob Woodward "I talk to my Higher Father."  There were a lot of jokes back then since it did not seem as though his Higher Father was actually listening to him.  Of course the Krazies ignored the sarcastic humor because they were in love with his words.  He was the answer to their prayers, his presidency a gift from God.  Except nothing really good came out of those eight years.  In fact, if you think back, it seems as though we were actually suffering from Divine Wrath. 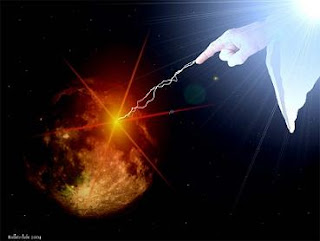 Pat Robertson makes a lot of predictions about what is going to happen to the United States since Marriage Equality has come to pass.  However, every one of those predictions has already happened to us during the George W. Bush presidency: worst terrorist attack in history, failed war in Iraq, Katrina, the second worst economic catastrophe in American History.  Someone needs to tell Pat Robertson those were not our salad days.  In fact, someone should point out to the Krazies that the last time one of their guys was in the White House, this country was smacked back again and again and again.
And, of course, the Krazies, and the GOP, will put the blame on someone else.  The fact that their phoniness, just like Ben Carson's, may have resulted in Divine Wrath is totally beyond their ken.