Around here, Tuesday is garbage day.  This is also the day I put out my recycling.  All of those Chewy boxes are put out on the curb.  Because I live alone, I put my garbage and recycling out every 2 - 3 weeks.  Sadly, that does not drop my quarterly garbage and sewage bill.  When I moved here, that bill was $65 ever 3 months, now it 3 times that amount.  Families who line the curb with 3 or 4 garbage cans weekly are supposed to pay more.

The replacement part for my bar cart arrived yesterday.  Assembly will be completed this morning.  That means the laundry room will be one step closer to being completed.  I'm going to hold of installing the 2 folding doors until after Biggie's test expenses have been paid off.  I'm also going to be buying an area rug to put in front of the washer and dryer.  The vinyl click / lock floor I put down is nice, but static electricity on the surface has turned it into a horrendous dust magnate.

Nine days until the shortest day of the year.  I cannot wait until the winter solstice has passed. 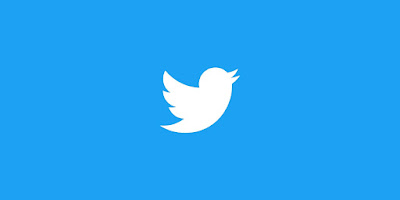 While I can scroll through the comments on my PC, more often than not, I'm on my phone.  By now, everyone knows that the richest second richest man in the world purchased the social media platform for around $44 billion dollars.  As a result, chaos has erupted.  While Elon wants the world to think he's... well, possibly a genius, he's really on smart at certain things, like listening to his advisors.  Electric cars?  He was smart about that.  Going to Mars?  Well, he's done a lot of the space program.  With his purchase of Twitter, however, he's revealed his pettiness.  His release of the Twitter file?  Well, all of those boring little emails are not shaking the Twitterverse.  Only a handful crazy conservatives seem to care.  With every misstep he makes, his pettiness lashes out.  He wants recognition and a majority of Twitter users are calling him a dumbass.  Most are actually calling him worse.
A little over 24 hours ago Dave Chappelle invited him up on stage and Musk was booed.  Loudly.  For almost ten minutes.  There are videos all over YouTube.  Those posted to Twitter were deleted.  Those posting the videos had their accounts shut down.  Petty Elon was pissed at his public humiliation.  Now only links are posted, no videos.  Of course, petty Elon was not finished.  Yesterday, Musk disbanded the Truth and Safety council.  Believe me, he will get worse as more and more people mock him.  Me?  I have accounts set up on both Tribal, and Mastodon, and am waiting my approval from POST.  In the meantime, whenever I pick up my phone and go on Twitter, I'm blocking advertisers.  If you're on Twitter do the same thing.  That hurts Elon more than anything.
And finally, a bit of a ho ho ho.  The Trump legal team appealed to judge Aileen Cannon on some sort of horseshit regarding the FBI and Mar a Lago and she declined to hear the argument saying it was out of her jurisdiction.  No doubt Cannon has been advised that her legal career might be expiring soon.