Well, we are a week out from Christmas.  This should be a busy day for shoppers, so there's a very good possibility the store will be full of customers.  At least that's one possibility.  We have not been heavily shopped so far this year.  Holiday decorations?  Yes, and there is that occasional individual looking for a saber saw, but mostly our sales have been flat.  We had 2 good years during the pandemic when people used their government dollars to upgrade their homes.  Many took advantage of that.  Lower sales volume is the price we pay for that.

Speaking of pricing, and costs, my water bill dropped $6 dollars.  I'm suspecting it's the new front load washer, which only takes around 12 gallons (45 liters) per load, as to my old washer which required at least 50 gallons (189 liters) for both wash and rinse cyclers per load.  Can we talk about a washer actually paying for itself?  I did buy this to take care of the monthly cleaning. 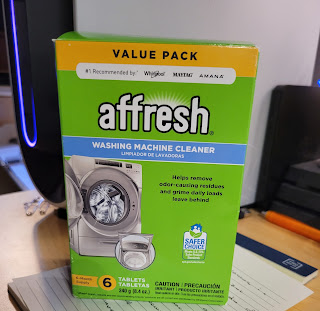 For the 2nd night in a row, Biggie did not have to go potty outside.  This is a very good thing.  Wednesday he goes for his 8 hour test and by Friday I should know what dosage his new med will be.  From what I understand, it will slowly destroy the cells that are producing his extra cortisol.

Evidently every one of the Orange Anus trading cards sold.  He made something like $4.5 million.  How's that for a money laundering venture?  I wonder how he's going to lie about that income on his taxes.

Elon reinstated the journalists he didn't like, the ones he claimed were doxing him when in reality all they were doing was reporting on his own actions.  The damage is already done.  Many of these journalists have now set up other accounts on other platforms and they are letting their supporters know.

The January 6 committee is recommending that the DOJ charge the OA with 3 crimes relating to the insurrection.  I suspect he's not going to be having a jolly holiday with Mary.

As for Ronnie DeSantis?  He continues to tact farther and farther to the right.  His heart yearns heavily for his future of being an authoritarian dictator.  He needs to understand that polls showing him more popular with Trump and Conservatives have absolutely nothing to do with the American people.