The skies are overcast

Saturday: the skies are overcast, and we've got a 65% chance of rain.  woohoo.  The Accuweather map doesn't show a single drizzle in the area, though rain is coming east from Pittsburgh.  Showers will probably arrive locally about the time I'm ready to head off to work.

And, how busy will work be?  The busy side of the season is past.  Not that people won't be stopping by the flooring department, though for the most part all we probably see will be a Lookie Lou every now and then.

I didn't get as much done yesterday as I had planned, and still, my accomplishments were not few.  The only thing that wasn't completed was a fast walk on the treadmill.  I did start, but the quads in my right leg got very achy.  Perhaps I should have started at a slower speed.  Or maybe it was my route.  For some reason I thought Saint Tropez was going to be different. 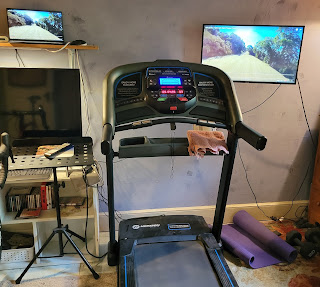 Am I like the only who's suspecting the Donald, or one of his spawn, had something to do with Ivanka's fall down the stairs?  There are a number of other investigations going on.
I saw where a federal judge has rule against Mark Meadows.  He'd been fighting the January 6 subpoena and had countersued Pelosi.  Of course, many are whispering that he's just going to be another sacrifice, or, to put it more colloquially, Meadow's is going to get thrown under the bus.
And someone pointed out that with the discovery of the Secret Service's missing texts from January 5 and 6, perhaps Mike Pence was being very smart when he refused to get in their car and take him for a ride.