So, the Fourth of July weekend has arrived.  246 years ago, when we declared our independence from England, there were those who wanted to crown George Washington king.  That mindset is still around today, however today we call them Trumpists, or MAGAs.  I'm suspecting this group has always been a thorn in the side of democracy.

Anyway, we had some excitement at the store yesterday.  Some accidentally, at least that is what the manager told me, pulled the fire alarm behind the Service Desk.  I have no idea how that happens 'accidentally.' but it happened, and we needed to evacuate the building.... five minutes before I was set to punch out.  As a result, I was paid to stand at the far end of the parking lot while a crew of firemen ensured that there was no actual fire.

The incident reinforced something I've known for quite some time:  there are a lot of stupid people in the world.  As soon as the alarm sounded, I slipped into my old manager mold and started moving people out of the building... well, most people.   Some didn't want to leave.  That's right, they wanted to continue shopping.  The alarm is going off loudly, lights are flashing overhead and people were talking about which unfinished base cabinets they wanted to put in their kitchens.  There was a complete lack of conscious effort to comprehend.  For one woman, the question was trying to decide which shade of green spray paint she wanted, and possibly getting her ass burned to cinders, or leaving the building.  One disgruntled customer yelled, "well, I guess I'm going to have to go to Lowe's."  My comment?  "Go to Lowe's."

I redecorated the training room. 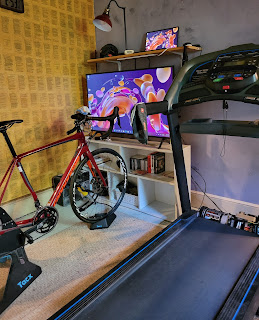 I saw where Clarence Thomas spit out some sort of word salad referencing the debunked lie about the Covid vaccine being made with aborted fetuses.  Remember, he married to Qanon Ginni.
The Guardian noted that it was an associate of Mark Meadows who warned (threatened) Cassidy Hutchinson about her testimony.  Sounds like an arrest warrant needs to be issued.
And, of course, the Supreme Court continues to shriek 'fuck you' to a very Centrist America.  Something needs to be done before these conservative monstrosities destroy America in their attempt to make a bastion for socially conservative religious crackpots.