Monday, the beginning of a new seven day stretch.  Notice, I don't say week.  That implies having a 'weekend' which, for so many people, no longer exists.  Interestingly enough, the days of the week normally don't exist in our entertainment.  Oh, sure, they get a mention in music every now and then, but mostly to talk about the wonders of the weekend, or dismally having to get up and go to work on Monday morning.  They never get a mention in movies, or plays, or television.  No Marvel superhero is ever going to have the line "it's Tuesday morning and by my calculations Thantos will begin destroying the Universe on Thursday."  That would be too much reality, you know?  Complicating things even more is that some believe the week starts on Sunday while there are others who say it's Monday; they love their fixed work week. 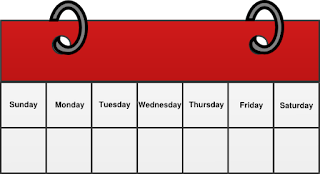 I saw a humorous article in Bloomberg yesterday by a comedian who claimed the Idiot Jerk in the White House was on track to be re-elected.  He said polls tell you nothing.  When it comes to the ballot box voters will ignore everything else and vote for the economy.  He pretty much declares morals have no value, that people will always vote with their wallet.  No doubt, this was written by a Conservative, one of those flawed individuals whose life revolves around his portfolio.
Interestingly enough, there was another article in the NYT in which the author stated that the more the Idiot Jerk plays to and radicalizes his base, the less likely his chances of being re-elected become.  Plainly speaking, the more he alienates Independent voters, the less likely they are to cast their ballot for him.  By playing only to his base he not only ignores the Independents, but incites them to vote for someone less volatile.
And I saw Chris Wallace had a little chat with Kellyanne yesterday.  He brought up all of those closed door hearings Republicans had regarding Benghazi.  Here retorts was something like "well, that was different. they weren't trying to impeach the president."  All of that peroxide she uses to bleach her hair has done more than burn her roots.  In case you didn't know, that's how the Idiot Jerk plays to his base not the Independents.  At least she didn't say something really stupid, "like he's a great political genius."
Finally, I saw that the Idiot Jerk has waded into British politics.  He said things like "Brexit needs to go through in order to insure great trade deals," and "we will buy more from the UK than they sell to the EU."  If that's true, the British laborer is going to take a big hit.  We buy so much from Asia because they have cheap labor and prices are lower.  People in the UK, think about what this moron is saying.