It's Thursday.  It's also Valentine's day.  This is not a big day for me, not because I don't have any sweeties in my life, I have to large 4 legged ones.  I would say, without a doubt, that my lack of sentiment goes all the way back to 2nd grade, when I had that horrid Mrs. Miller as a teacher.  Everyone in the class needed to bring a shoe box which we all decorated with little, red construction paper hearts.  Every day, for a week before Valentine's day the class spent some time everyday making little valentines, the idea being to put them into the shoe boxes of your friends.  Valentine's day arrived and we all took our boxes to our desks, opening them to see who'd given us a Valentine.  There was a lot of laughing  and giggling as children held up little handmade cards saying "I got one from Alice," or "I got one from George."  When I opened my box I had three.  That was it.  No more.  Only three friends.  This was the same teacher who tied me to my chair with twine because she said I was standing up too much, and who left me and a few others sitting alone in the classroom while she took the rest of the class to hear her son play violin.  It's also the same teacher who punished kids by making them stand in front of the classroom and recite "The Lord' Prayer."  That routine put her on the witness stand when once child's parents sued the school district.  So, did I really only get 3 valentines while everybody else got 20+?  I suspect that only Mrs. Miller knows the answer to that question. 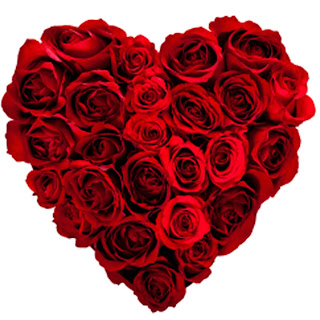 And on a more humorous note, both the House and the Senate are giving the Idiot Jerk a little bouquet of roses for Valentine's Day.  Ultra-Conservatives are shrieking mad!  They are furious they can not force their racist views down the throats of the American people.  They would be happy as hell if all they had to give us were 3 little valentines, and nothing more.  Whereas I thanked my three friends, put the lid back on my shoe box and put it under my desk, a majority of Americans are shouting "screw you assholes, get out of our way!"  And like Mrs. Miller, their racism is now in the witness box for all to see.
Posted by Dave R at 6:29 AM