And now, for a commercial break

Today is the first of 3 days off in a row for me.  You could say I am pleasantly happy.
The Oscars are on tonight... (sorry, next week).  I'll watch.  I go to a lot of movies.  There is no host, which should make the ceremony interesting.  The Academy tried to shorten the show by announcing certain awards were to be given out during commercial breaks.  After a lot of loud complaining, that's not going to happen.  So, what makes the show run long?  Here are 3 suggestions they should consider if they want to shorten the run time:

#3.  Don't seat nominees at the back of the auditorium.  When 4 people win for Best Documentary, they wait in the aisle until everyone is out of the row.  Then together, they all walk down to the stage (nobody runs at the Oscars).

#2.  Eliminate the long acceptance speeches.  Winners feel the need to thank everybody.  Unfortunately for them, nobody cares who helped them on their long, struggling path to success.  Sometimes they ramble on.. and on... and on.  Remember McConaughey?  He won for a film whose title is pretty much forgotten by just about everybody.  His career was going nowhere before the win, and since has been approaching the death spiral zone.

#1.  Cut the commercials since they take up the most amount of time.  The Academy has decided they don't want to financially break even with the telecast, they want to make money.  This means there's an award followed by 3 minutes of commercials.  There are 24 awards and there are commercial breaks after 23 of them.  Someone introduces a film clip from a nominated film... and then there's a commercial break.  We hear a nominated song... and there's a commercial break.  When you have over 72 minutes of commercial breaks in a broadcast scheduled to run 3 hours, you have a problem.  The fact that they even considered giving awards out during commercial breaks is one of the definitions of failure.  People watch to see the awards, not 25 minutes celebrating the wonderment of Samsung.  What do I do during those aggravating mini-intermissions?  Usually taking a leak, or getting another glass of wine, or both. 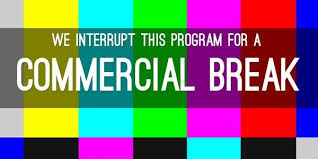 Finally, I'm going to touch briefly on the Jussie Smollet problem, and it is a problem.  If you read this blog, you know I sat silent while everybody was jumping aboard the Jussie train.  I'm the cynic, remember?  Personally, I thought the whole thing sounded sketchy right from the beginning: a black celebrity, walking alone on a secluded street in the early morning hours gets attacked by white racists.  These things do happen, and they are ugly, and people get killed.  If the police are correct and this thing was staged, Jussie Smollet is a terrible man who took advantage of the sympathy of millions of human beings.