Wednesday.  I work... and this isn't even my hump day.  Shit.
So, when I got home from work yesterday we had about 3/4 inch to an inch of icy slush, mostly slush with a crust of ice.  Grabbing my handy dandy shovel, I cleared off the back porch, steps, and the veranda for the dogs.  They love snow when it's soft and fluffy - hate it when it's crunchy slippery.  I then took care of the front sidewalks - didn't take me long at all.  I just put the shovel down and used it like a plow.  The prediction is for us to warm up over the next couple of days.  Good.
Okay, the the mailman drops off this letter from the E. Cumberland Road Neighbors last evening and when I opened it I found an invite to join a 'public website' specifically for my neighborhood at nextdoor.com... well, kinda... and probably not.  It was written by someone named Corinda Traina - I Googled the name... nada.  Nextdoor.com is a social network started in California about 12 years ago and neighborhoods are groups of people who live in the same region.  Sorry, this isn't for me, so it's going in the trash.
And, how's this for stupid?  Yesterday afternoon I was sitting at the flooring desk and I received a call form our Measurements Services regarding a customer.  They had just sold her a carpet installation, around $2000, and after she gave them her credit card number asked them when she was going to be able to pick out her carpet...  🙄🙄🤣😂🤣  Let me explain...  After having their rooms measured, customers normally choose the carpet and the color and the padding.  The minute they pay for it, that carpet gets ordered.  Sometimes, if a customer can't make up their mind, a generic carpet and color is keyed into the order.  All this is explained to the customer.  Most customers will have decided on a specific carpet and color before they are actually measured.  When Measurements Services sells an install, they verify all of this information since the last thing they want to do is sell you a style and color carpet you do not want.  This customer evidently wasn't listening and blindly gave them her credit card number.  End result:  I had to cancel the purchase order and process a refund. 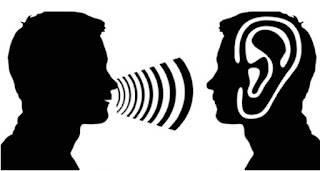 And finally, I saw where the Idiot Jerk in the White House is 'unhappy' with the joint legislation which will keep the government open, but gives him nothing for his WALL.  I guess the American Freedom Caucus, that crazy bunch of hate mongers, is telling him to sign it.  They're telling him to go around Congress in order to have his WALL built.  In fact, I do believe Lindsey Graham is advocating the declaration of a National Emergency.  For those who don't know, the American Freedom Caucus is an all white, Evangelical boys club.  Do you know what's going to happen if he declares a National Emergency?  Well, I'm going to quote Dirty Harry.  "Make my day."
Posted by Dave R at 6:42 AM